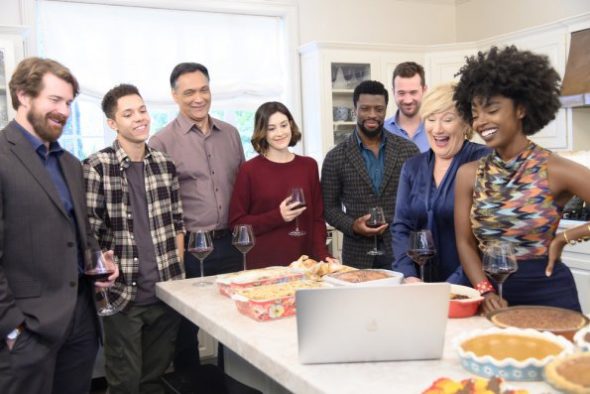 I loved this show and very disappoointed it is not returning. Such great storylines I loved it

Bluff City Law was a great show! The writers did a great job and never disappointed. What I don’t understand is why the demographics are only represented by 18-49. What about the 50+. We watch tv also. Don’t the baby boomers represent a larger demographic than the millennial’s?

We really liked Bluff City Law. Why do you keep canceling all the good law shows. Just love Jimmy Smits!

Bluff City was much better show than most on air these days.it was entertaining & intelligent. Unlike all these reality shows!! Sad network didnt even give the show a fair chance.

Awesome show. Great acting. Interesting storyline every episode. Too bad a network with more common sense hasn’t picked it up.

I loved Bluff City Law and am very dissppointed that it is canceled.

I wish NBC would have given this show another season to gel. it had potential.

I’m sorry to hear about Bluff City Law, but not surprised. I wrote it off based on the new season promotions, but a third of the way through the season I found it and to my surprise I loved it.

That’s really too bad. That was an excellent show!! I would have loved to see a second season.

Dumb move to cancel this one. I absolutely loved this show. It was very unique, had the family thing going on with working through problems. Teared up a few times. This would have been a great show once people discovered it.

I definitely would have watched this show again. I’m sorry it was cancelled

This should have been renewed as should have Lincoln Rhyme. Does NBC not understand that they are cancelling good shows? It seems they have no clue!

This was the best show of the season… Excellent writing… Excellent acting… What a shame!