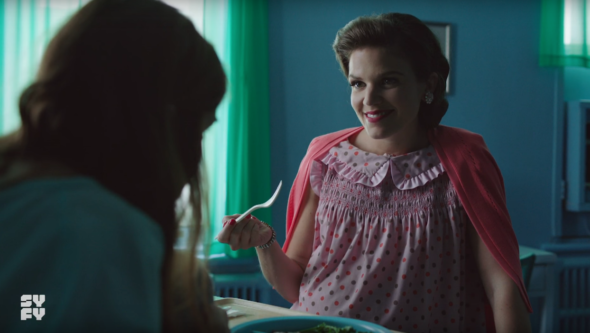 “Just go with it, hon.” Syfy has just announced season three of Channel Zero will premiere in February.

The new season, titled Butcher’s Block, “tells the story of a young woman named Alice (Olivia Luccardi, “It Follows”) who moves to a new city and learns about a series of disappearances that may be connected to a baffling rumor about mysterious staircases in the city’s worst neighborhoods.” The cast also includes Holland Roden, Rutger Hauer, Brandon Scott, and Krisha Fairchild.

What do you think? Are you a fan of Channel Zero? Will you watch season three?