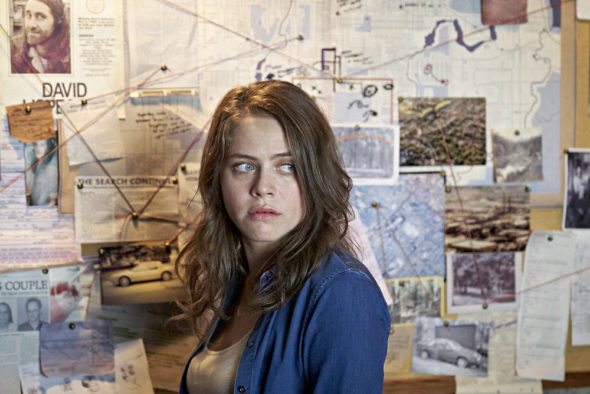 How scary is Butcher’s Block — the third season of the Channel Zero TV show on Syfy? As we all know, the Nielsen ratings typically play a big role in determining whether a TV show like Channel Zero is cancelled or renewed for season four. Unfortunately, most of us do not live in Nielsen households. Because many viewers feel frustration when their viewing habits and opinions aren’t considered, we invite you to rate all of the Channel Zero season three episodes for us here.

A Syfy horror anthology series, each season of Channel Zero tells a new story featuring different characters. Season three, Butcher’s Block, stars Olivia Luccardi, Holland Roden, Rutger Hauer, Brandon Scott, and Krisha Fairchild. Based on Kerry Hammond’s creepypasta, “Search and Rescue Woods,” it follows sisters Alice and Zoe Woods (Luccardi and Roden), who move to a new city. Soon, they learn of a series of mysterious disappearances and discover that something is preying upon the locals.

What do you think? Which season three episodes of the Channel Zero TV series do you rate as terrifying, snooze-inducing, or somewhere between? Are you happy Syfy renewed Channel Zero  for a fourth season? Don’t forget to vote, and share your thoughts, below.

Great show! Why is it only 1/2 an hour last night?

Ive been watching Channel Zero since it first aired with Candle Cove and I absolutely love it! I am an insane horror fan. With Candle Cove it reminds me somewhat of “It” super creepy And it keeps you interested. No End House was a bit gorier and creepier, but so much different then anything I’ve ever Seen before and just like the first season kept me on the edge of my seat with creep factor. This 3rd season Butchers Block is way more gory then No End and I am Totally in love with it. I like Channel Zero because… Read more »