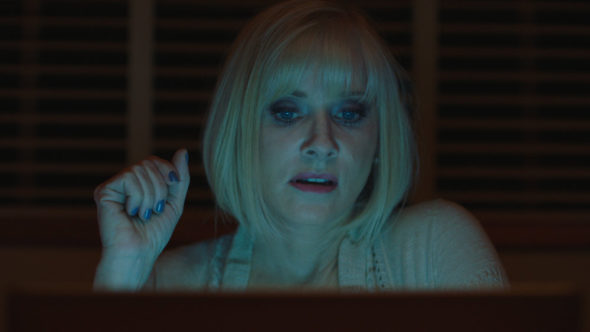 What’s behind the dream door that is the fourth season of the Channel Zero TV show on Syfy? As we all know, the Nielsen ratings typically play a big role in determining whether a TV show like Channel Zero is cancelled or renewed for season five. Unfortunately, most of us do not live in Nielsen households. Because many viewers feel frustration when their viewing habits and opinions aren’t considered, we invite you to rate all of the Channel Zero season four episodes for us here.

A Syfy horror anthology series, each season of Channel Zero tells a new story featuring different characters. Season four, The Dream Door, stars Brandon Scott, Maria Sten, Steven Robertson, Steven Weber, and Barbara Crampton. Based on Charlotte Bywater’s creepypasta, “Hidden Door,” this installment follows newlyweds Jillian (Sten) and Tom (Scott), who have each brought secrets into their marriage. When they discover a strange door in their basement, those secrets start to threaten their relationship — and their lives.

What do you think? Which season four episodes of the Channel Zero TV series do you rate as terrifying, snooze-inducing, or somewhere between? Should Syfy cancel or renew Channel Zero  for a fifth season? Don’t forget to vote, and share your thoughts, below.