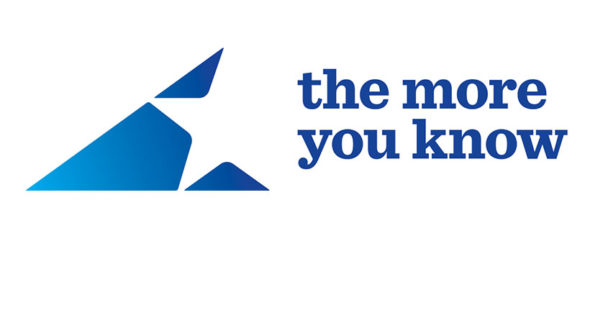 NBC is all set for Saturday mornings. This week, the network announced their new and returning TV shows for “The More You Know” family programming block.

New series include Consumer 101, a behind-the-scenes “look into the science used to test every kind of product – from the obscure, to the fascinating, to the everyday,” and the pet ER show Vets Saving Pets. Returning series include Danny Seo, Naturally, and The Voyager with Josh Garcia.

UNIVERSAL CITY, Calif. — August 30, 2018 — NBC and Litton Entertainment, the preeminent independent producer of award-winning family programming, today announced that the network’s “The More You Know” Saturday morning programming block will premiere on October 6, 2018 with two new and three returning series. Consumer 101 and Vets Saving Pets are set to make their debut alongside returning favorites: the Daytime Emmy-nominated The Voyager with Josh Garcia, the Daytime Emmy-Winning Naturally, Danny Seo and The Champion Within.

“The More You Know” will continue to inspire and educate audiences in its third season, with the three hour, educational and informational family-focused programming block that features award-winning stories and topics focused on innovators, civic engagement, diversity, and health.

The debut series Consumer 101, hosted by Jack Rico with the help of experts and scientists from the Consumer Reports labs and testing facilities, will give viewers a behind-the-scenes look into the science used to test every kind of product – from the obscure, to the fascinating, to the everyday. Each week, audiences will discover more about the surprising intricacy of product testing, learn more efficient ways to get the most out of everyday items, and catch a glimpse into unique career paths in the fields of science and technology. Consumer 101 is an empowering series aimed at giving teens the tools they need to make smarter choices as consumers — enabling them to explore the how, where, when, and why we spend our resources.

The second new series Vets Saving Pets providesan inside look at a bustling emergency veterinary trauma center. Audiences will witness first-hand the dedication and determination of these veterinary specialists as they work tirelessly to save their animal patients. Each week, viewers will see new emergency cases including a wide array of specialties within veterinary medicine such as critical care, oncology, cardiology, neurology, anesthesiology, dermatology, dentistry, and surgery.

The Voyager with Josh Garcia, nominated for a 2018 Daytime Emmy Award, gives audiences access to the world’s most incredible destinations as Josh takes viewers on an enthralling ocean voyage exploring the people and cultures that make our world so breathtaking. This season, viewers will travel with Josh as he sets sail to discover the unique traditions of new and exciting places such as Kuala Lumpur, Dubai, and Aqaba, Jordan’s only coastal city.

2018 Daytime Emmy Award-winning Naturally, Danny Seo, produced in partnership with Tremendous! Entertainment, is an educational series for young people and their families seeking a healthier and more eco-friendly lifestyle. It addresses the science behind eating well and exercising mind and body while caring for our planet. Nominated for the Daytime Emmys for Outstanding Host in a Lifestyle Series, Seo will continue to share new and innovative ways to enjoy time with family and friends and to share delicious and healthy meals while creating a beautiful and environmentally friendly home.

The Champion Within also returns, featuring the powerful and inspiring stories that exemplify what it really means to be a champion. Hosted by Lauren Thompson, host of Golf Channel’s “Morning Drive,” “The Champion Within”introduces viewers to people who have overcome obstacles while experiencing transcendent moments from the world of sports. “The Champion Within” proves that a champion is not only defined by their speed, strength and agility, but by their grit, resiliency and heart.

“We are proud that in two short years, The More You Know block has become an award-winning destination for teens and families to learn, grow and become inspired together. Our partners at NBC have helped to make this extension of its The More You Know brand a true success and we are excited to continue creating fantastic content,” said Dave Morgan, CEO and President of Litton Entertainment.”

What do you think? Does your family watch NBC’s “The More You Know”? Which new series will you check out?