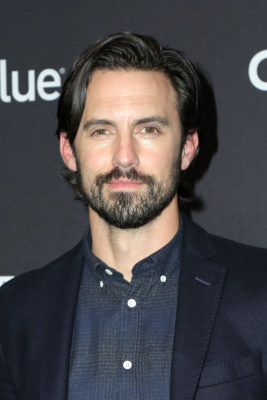 Milo Ventimiglia is making a big jump. USA Network just announced the This Is Us star has joined their upcoming limited TV series, Evel.

The drama “is based on the story of larger-than-life 70’s daredevil Evel Knievel as he prepares for his greatest death-defying feat, the historic Snake River Canyon jump.” Ventimiglia will play Knievel.

Production on Evel is slated to begin in 2020. Read more info from USA Network below:

UNIVERSAL CITY, CA – September 5, 2019 – USA Network has ordered the Milo Ventimiglia (“This Is Us”)-led limited series EVEL, which is based on the story of larger-than-life 70’s daredevil Evel Knievel as he prepares for his greatest death-defying feat, the historic Snake River Canyon jump. EVEL is an exhilarating portrait of a complex man living the American dream, juggling meteoric celebrity and raising a family — and facing the very real probability that his next jump will kill him. From UCP, Etan Frankel (“Sorry For Your Loss,” “Shameless,” “Animal Kingdom”) will write and executive produce the series. Serving as executive producers are McG, Mary Viola, and Steven Bello of Wonderland Sound & Vision; Alex Gartner, Charles Roven and Topher Rhys-Lawrence of Atlas Entertainment; and Ventimiglia. Russ Cundiff will co-executive produce on behalf of DiVide Pictures. Production is expected to begin in 2020.

“USA Network is known for big event series that celebrate heroes, rebels and icons, and what could be bigger than the story of one of the greatest thrill seekers of all time?,” said Chris McCumber, President, Entertainment Networks – USA Network and SYFY. “The incredible life and journey of Evel Knievel lends itself to a dramatic retelling, and we are excited to be partnering with Milo, McG, UCP, Atlas and Wonderland to bring this iconic American tale to our viewers.”

Ventimiglia currently stars in the critically acclaimed NBC drama series “This is Us” as family patriarch Jack Pearson. The role has garnered him three Emmy Award®nominations for Outstanding Lead Actor in a Drama Series. In 2016, he reprised his role as Jess in the continuation of the drama “Gilmore Girls,” which returned with four 90-minute episodes. His other television credits include “Heroes,” Frank Darabont’s “Mob City” and “American Dreams.” Recently, Ventimiglia starred alongside Kevin Costner and Amanda Seyfried in the feature film, “The Art of Racing in the Rain,” an adaptation of the international best-selling novel by Garth Stein. His other film credits include starring alongside Jennifer Lopez in the romantic comedy “Second Act,” playing Sylvester Stallone’s son, Rocky Jr., “Rocky Balboa” which he reprised for a memorable cameo in “Creed II.” He also had starring roles in Adam Sandler’s “That’s My Boy” and “Grown Ups 2.”

What do you think? Are you a fan of Evel Knievel? Will you watch the new USA Network series?

Yes. Absolutely! Hopefully they cast it with strong actors. Evel is an American legend.

Yes of course I will watch, I’m an American and evel knievel was my hero growing up. Dave

Yes, I was an Evil Kanevil fan…his story was made into a movie years ago with George Hamilton playing him.