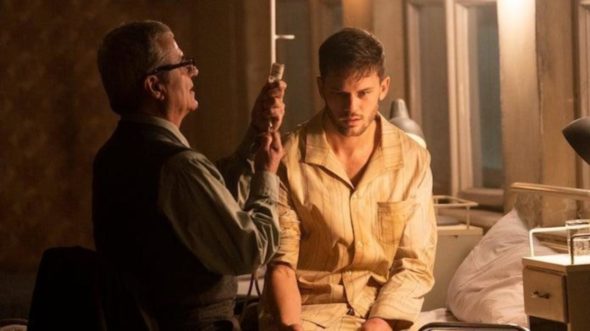 USA Network is closing the books on the Treadstone TV show. The cable channel has cancelled the action drama series, opting not to order a second season.

The first season of Treadstone averages a 0.13 rating in the 18-49 demographic and 502,000 viewers. Compared to the channel’s other scripted shows, Treadstone was a middle-of-the-road performer. It’s also said to be an expensive series to produce so the cancellation isn’t a surprise.

Treadstone is yet another scripted series cancellation for USA. The channel also cancelled The Purge today and dropped Dare Me a couple of weeks ago. This leaves only the fates of The Sinner and Briarpatch up in the air.

What do you think? Did you enjoy the Treadstone TV series on USA Network? Are you sorry to hear that there won’t be a second season?

Treadstone was great until you left us hanging all because you didn’t have the balls to finish the show and and tie everything together. Thanks a hell of alot!

One of the best series out there!!! WOW … money and audience opinion. Lethal combination. SOooooo sad!

We want season two the serie was so nice

Treadstone was a sophisticated show. With the exception of Queen Of The South all USA has on now is garbage.

Sorry guys I didn’t think it was anywhere close to the original Borne series which I watch every time there on even though I own them! I felt it was all over the place and didn’t stick with any character! I knew it would be cancelled

I wish they would have continued it. I was really loving it

Totally bumbed was looking forward to the 2nd season of Treadstone! We binged watched & now no 2nd season, crazy! Should just remove it then bec it not right to end this way! Grrr..

Too bad great show need to see the Finnish.

I am sick and tired of great shows getting dumped. What is the point of running a series before they are is finished. Shows that you do not care about viewers that watch them.