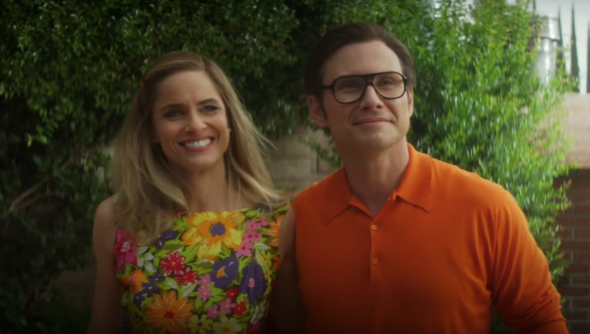 “I would’ve been treated better if I’d been a dog.” USA Network just released the premiere date and a new preview for season two of Dirty John.

Season two of the anthology drama see Amanda Peet and Christian Slater “portray the scorned lovers, Betty and Dan Broderick, as their marriage turned into what Oprah deemed one of “America’s messiest divorces” even before it ended in double homicide.”

Today, USA Network unveiled that its upcoming true crime drama, DIRTY JOHN: THE BETTY BRODERICK STORY, is set to premiere on Tuesday, June 2 starting at 9pm ET with two episodes airing back-to-back. Subsequent episodes of the 8-part series will air Tuesdays at 10pm ET. In its second season, DIRTY JOHN will once again give fans another shocking based on real-life breakup story through an epic tale of love, betrayal and death. Amanda Peet (“Brockmire,” “The Romanoffs”) and Christian Slater (“Dr. Death,” MR. ROBOT) portray the scorned lovers, Betty and Dan Broderick, as their marriage turned into what Oprah deemed one of “America’s messiest divorces” even before it ended in double homicide.

Ahead of its June 2 premiere, USA also announced a full DIRTY JOHN marathon, including all episodes of the critically-acclaimed first season and Oxygen special “Dirty John, The Dirty Truth,” is set to air tomorrow, Tuesday April 14 starting at 6am ET.

DIRTY JOHN: THE BETTY BRODERICK STORY, the second installment of the DIRTY JOHN anthology series, is based on another epic true tale of love gone wrong — a story that spans the 1960s to the ’80s, through the breakdown of a marriage that Oprah deemed one of “America’s messiest divorces” even before it ended in double homicide.

Betty Broderick, played by Amanda Peet, was the perfect Southern California blonde wife and mother. Married to her handsome college boyfriend Dan, played by Christian Slater, Betty charms everyone she meets. After years of sacrifice and suffering while supporting Dan through both medical and law school until he exploded into the San Diego legal community as a superstar, Betty is finally enjoying the fruits of their labors. That is, until Dan hires Linda, a bright, beautiful young woman without baggage with whom he can happily forget the struggles of his past. Betty’s attempts to fight back and enraged refusals to accept reality only serve to isolate and destabilize her until she loses her very identity. And Dan’s cold confidence blinds him to the bear he has created, and won’t stop poking … until it’s too late.

What do you think? Did you see the first season of Dirty John? Will you watch season two?