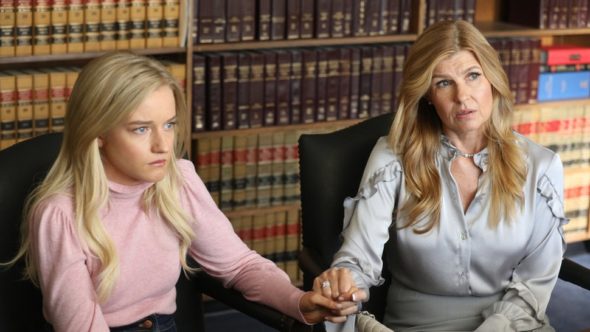 What’s next for Dirty John? Variety reports season two of the TV show is moving to USA Network.

Season one of the anthology series, which aired on Bravo,  is based on the true story of Debra Newell (Connie Britton), a middle-aged woman who falls for a mysterious and charming man. The romance soon spirals into a web of secrets, denial, and manipulation horrific consequences for her family. The cast also includes Eric Bana, Juno Temple, Julia Garner, and Jean Smart.

Season two of Dirty John will air on USA Network instead of Bravo. Details about the new season have not yet been released, but it will center around a new case.

What do you think? Did you see season one of Dirty John? Will you watch season two?

ANNIE
YES I WILL WATCH “dIRTY jOHN” FOR SEASON 2

Yes…Yes I will watch season two.
I loved Dirty John.

Yes, I will watch Season 2 of DirtyJohn.

I’m only a few episodes in on Netflix, I had no idea it didn’t end

those of you viewers who are not watching Dirty John are missing a fantastic show. And yes, my wife and I can’t wait for season 2……catch up!!