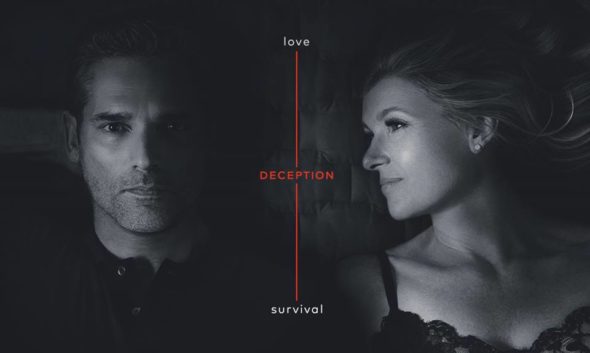 Bravo cancelled their previous scripted TV shows but they apparently want to keep a toe in that water. Not only did the cable channel greenlight the Dirty John series but two seasons were ordered right out of the gate. Will this TV show attract positive ratings or, will the execs end up regretting Dirty John’s early renewal? Stay tuned.

A true-crime anthology series, the first season of Dirty John stars Connie Britton, Eric Bana, Juno Temple, Julia Garner, and Jean Smart. In the story, middle-age Debra Newell (Britton) seemingly has a perfect life but she doesn’t have love. When she finally meets handsome doctor John Meehan (Bana), Debra is quickly swept off her feet — much to the dismay of her daughters, Terra (Julia Garner) and Veronica (Juno Temple). The backstory of Debra and her mother Arlane (Smart) provides insight into why she may have been so vulnerable to the charms of a man who is not who he seems to be.

What do you think? Do you like the Dirty John TV series? Should Bravo have renewed this TV show for a second season already?

The first episode was boring. I usually watch these type of shows but this one could not hold my interest.