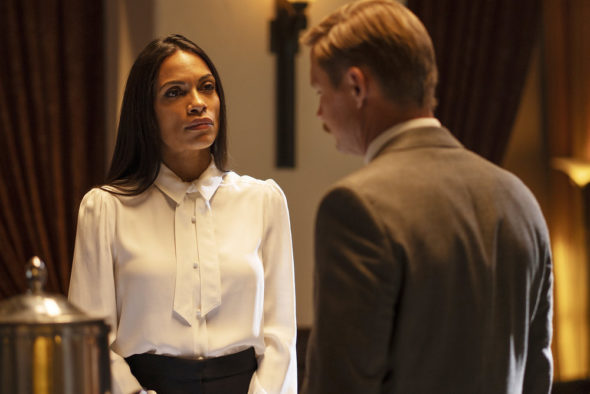 Do viewers like anthology series? Has the Briarpatch TV show been cancelled or renewed for a second season on USA Network? The television vulture is watching all the latest cancellation and renewal news, so this page is the place to track the status of Briarpatch, season two. Bookmark it, or subscribe for the latest updates. Remember, the television vulture is watching your shows. Are you?

The first season of Briarpatch averaged a 0.14 rating in the 18-49 demographic and 487,000 viewers. Find out how Briarpatch stacks up against other USA Network TV shows.

Will USA Network cancel or renew Briarpatch for season two? Given that USA Network doesn’t have many existing scripted series, I’m thinking that the ratings will be good enough for this show to be renewed. I’ll update this page with breaking developments. Subscribe for free alerts on Briarpatch cancellation or renewal news.

7/18/20 update: Briarpatch has been cancelled so, there won’t be a second season on USA Network.

What do you think? Were you hoping that the Briarpatch TV show would be renewed for a second season? Are you sorry that USA Network cancelled this TV series, instead?

Briarpatch should have been renewed. It’s probably the best TV show I’ve seen in years.

This is a really quirky and edgy drama that isn’t like all the big 3 Networks predictable nap time. Please bring it back for another season!

I love this show. Please Renew!

As a 60 plus woman I get tired of so many shows that I like getting canceled. It seems that networks don’t believe that older people not only watch TV but that we actually enjoy shows that are unusual. I really hope they bring Briarpatch back. I enjoyed it.

Love this show…has a different feel to it. Love Rosario Dawson in It! Hope it comes back.

Excellent show hits all the marks – highs, lows. dark, funny, keeps you guessing and the acting is GREAT!!!