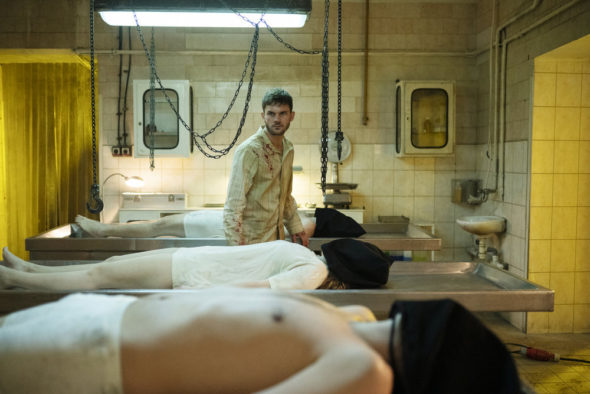 Has another big series been Bourne? Has the Treadstone TV show been cancelled or renewed for a second season on USA Network? The television vulture is watching all the latest cancellation and renewal news, so this page is the place to track the status of Treadstone, season two. Bookmark it, or subscribe for the latest updates. Remember, the television vulture is watching your shows. Are you?

The first season of Treadstone averages a 0.13 rating in the 18-49 demographic and 502,000 viewers. Find out how Treadstone stacks up against other USA Network TV shows.

Will USA Network cancel or renew Treadstone for season two? The ratings aren’t great but my sense is that this was a relatively inexpensive series (for an action drama) to produce so I’m leaning toward a renewal. I’ll update this page with breaking developments. Subscribe for free alerts on Treadstone cancellation or renewal news.

5/14/20 update: Treadstone has been cancelled by USA Network so, three won’t be a second season.

What do you think? Were you hoping that the Treadstone TV show would be renewed for a second season? Are you sorry that USA Network cancelled this TV series, instead?

Really enjoyed the show. Better than all the reality crap. Bring the show back. At least so viewers can see a good ending.