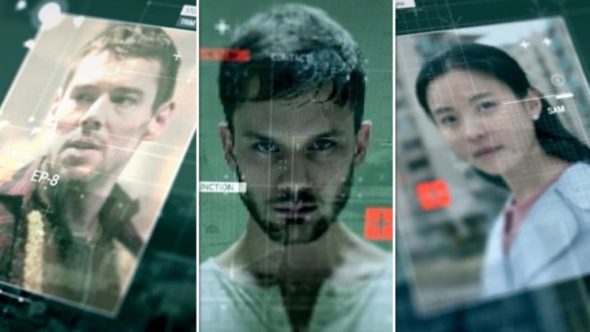 TV show description:
Created by Tim Kring and connected to the Bourne film franchise, the show explores both the origin of the CIA black ops program — Operation: Treadstone — and its present-day actions. Treadstone uses behavior modification protocol to turn recruits into nearly superhuman assassins. Sleeper agents across the globe — from D.C. to Berlin to Paris and beyond — are mysteriously “awakened” to resume their deadly missions.

Characters include: Doug McKenna (Smith), an all-American oil-rig worker; SoYun Pak (Han), a piano instructor, wife, and mother in North Korea; John Randolph Bentley (Irvine), a spy dispatched by the CIA to eliminate a key target; Matt Edwards (Metwally), a CIA operative who has experience hunting down rogue assets; Tara Coleman (Ifeachor), an investigative journalist; Petra (Scharnitzky), a no-nonsense Russian patriot; Ellen Becker (Forbes), a savvy CIA veteran trying to balance the demands of work and family; and a Russian KGB agent (Emilia Schüle) who will stop at nothing to promote the agenda of her motherland.

What do you think? Do you like the Treadstone TV show on USA Network? Do you think it should have been cancelled or renewed for a second season?

So yet another top show canceled it was the best show they had produced left us on a huge cliff hanger and canceled it!!!!!

Shame that Prime are cancelling Treadstone; we found it gripping and addictive and watched the whole series in two sessions. I hope some network produces a season two as the end of series one left too many open ends.

I love this Tv show, I really want to see the season 2. Please make it back

Loved show. I was upset with myself for not checking to see if there was more than 1-season. I got invested in the characters, the plot depth & action. End of season was a perfect setup for a 2nd season. Opportunity missed!

Loved loved it loved it! Would recommend to any action lovers

This was an awesome series and I hope they do not cancel it and it comes back for another season!

Really love the martial arts! I have trained for several years and I love to see it performed on television, Even though it is choreographed.

Totally agree, the show is great but the ‘f’ word really! It is unnecessary.