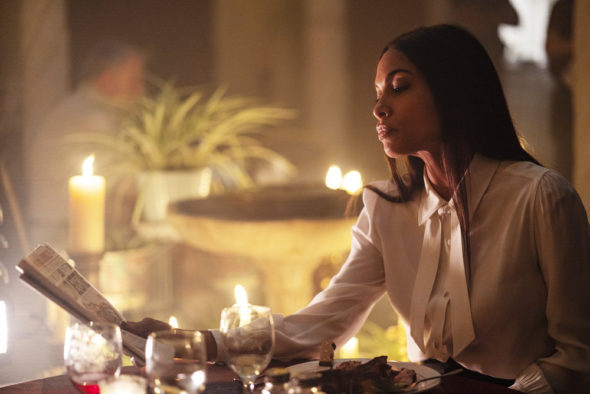 TV show description:
A drama anthology series, the Briarpatch TV show is based on the Ross Thomas novel of the same name.

The first season follows Allegra “Pick” Dill (Dawson), a tenacious and highly-skilled investigator who works for a young and ambitious Senator in Washington, DC. Allegra returns to her hometown of San Bonifacio, Texas after her younger sister Felicity is murdered in a car bombing.

While in town, Allegra meets up with Captain Gene Colder (Geraghty), a model cop and Felicity’s boss; an estate attorney and Felicity’s friend, A.D. Singe (Gathegi); and Jake Spivey (Ferguson), Allegra’s childhood best friend who grew up poor but is now quite wealthy.

What begins as a search for her sister’s killer turns into an all-consuming fight to bring Allegra’s corrupt hometown to its knees.

Series Finale:
Episode #10 — Felicity
Allegra lines them up and knocks them down.
First aired: April 13, 2020.

What do you think? Do you like the Briarpatch TV show? Do you think it should have been cancelled or renewed for a second season?

Too much rambling, too slow. Put in 86 file.