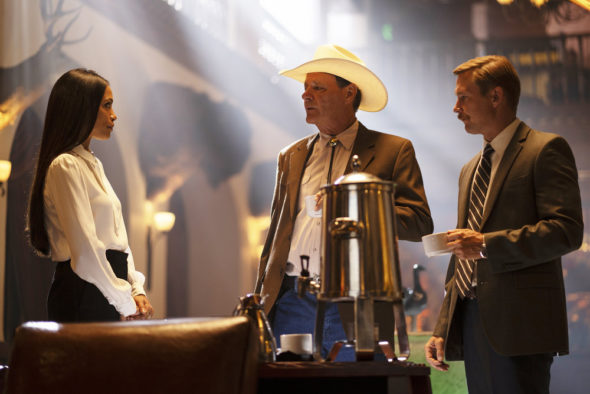 Will Allegra see justice served in the first season of the Briarpatch TV show on USA Network? As we all know, the Nielsen ratings typically play a big role in determining whether a TV show like Briarpatch is cancelled or renewed for season two. Unfortunately, most of us do not live in Nielsen households. Because many viewers feel frustration when their viewing habits and opinions aren’t considered, we invite you to rate all of the first season episodes of Briarpatch here. *Status Update Below.

What do you think? Which season one episodes of the Briarpatch TV series do you rate as wonderful, terrible, or somewhere between? Do you think that Briarpatch should be cancelled or renewed for a second season on USA Network? Don’t forget to vote, and share your thoughts, below.

*7/18/20 update: Briarpatch has been cancelled so, there won’t be a second season on USA Network.

I would love to see the second season of this. Great TV

I loved this show! Unfortunately it ended in such a way that wouldn’t need a second season.

Started good then little slow but turned out great!! Look forward to season 2

Great show bring it back for season 2

Love the program storyline, well developed characters. Look forward to a season 2 . Love to see where Allegra goes from here.

Love the series. Unique, eccentric, and well-acted. 2020’s version of David Lynch. Great use of color in cinematography. Hope they renew.

Started off pretty interesting but has slowed to a pace where I find sitting through entire episode not so enjoyable.

We like it but at times moves slow. will continue to watch it. glad I looked it up I thought since there was no episode 3 Thursday night thought it was cancelled, just moving to Monday nights, hopefully will be able to watch on Monday nights, would had liked it to have stayed on Thursday nights following The Sinner (that show ROCKS!!!!)