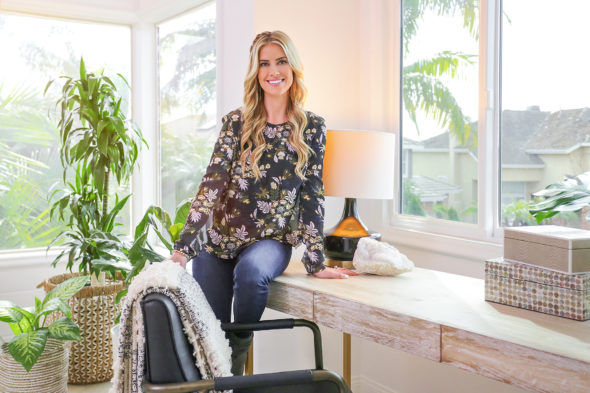 Christina on the Coast is getting ready for its third season. Production is getting underway on the new season of the real estate docu-series in late August. There will be 12 episodes for the Christina Anstead TV show in season three. HGTV will air six new episodes of the series from season two starting August 6th.

“In late August, HGTV cameras will roll on the third season of the hit docu-series Christina on the Coast, starring real estate and design expert Christina Anstead. The series spotlights Christina’s personal and professional journey as she juggles a busy family life, a demanding design business, authoring books and expanding her brand—all while working to maintain her own physical well-being.

And, fans won’t need to wait for production to wrap on the third season’s 12 new, hour-long episodes before they see more of Christina. Six fresh episodes, offering a glimpse into Christina’s life with husband Ant Anstead, star of the MotorTrend series Wheeler Dealers and Ant Anstead Master Mechanic, and their blended family of five children, are set to premiere on Thursday, Aug. 6, at 9 p.m. ET/PT. Christina on the Coast has already attracted more than 10 million total viewers this year, making it a top 5 cable series among P25-54, W25-54, upscale P25-54, upscale W25-54 and upscale M25-54. The season three episodes are slated to premiere in spring 2021.

“I’m so beyond excited to begin production on season three and grateful for the opportunity,” said Christina. “I already have some awesome clients on the lineup and we can’t wait to get designing!”

Fans are invited to stay connected to Christina on the Coast on HGTV’s digital platforms. On HGTV GO, viewers can catch up on past seasons and watch the new episodes on Thursdays beginning Aug. 6.”

What do you think? Are you a fan of the Christina Anstead series? Will you watch season three of Christina on the Coast on HGTV?

Probably the worst “it’s all about me” show on TV. If this show was about rehab and not about her, her kids, her perfect husband, her perfect house, her perfect friends, her perfect cars and shots of the water – which is most likely miles from the few houses she is involved with, it might be worth watching

I agree 100 it’s not as good as her past tv show , people are into watching all about “Her”. Suppose to be about Reno …. who cares what she has she’s boring …………. phony

I didn’t enjoy Christina on the Coast. I found it to be contrived. Basically Christina Re-designed one to two rooms of a house. The show was not at all dynamic. Moreover Christina didn’t seem natural or relaxed. I think she should have taken more time to truly develop the show before airing.