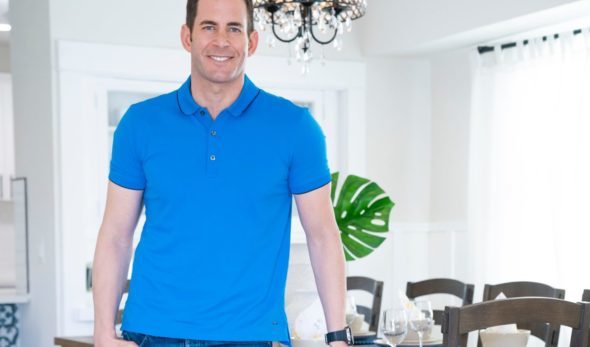 Get ready to flip for more of Flipping 101. The HGTV series, hosted by real estate expert Tarek El Moussa, has been renewed for a second season of 12 one-hour episodes.  Season one of the series is still airing, and new first season episodes will arrive next month. The second season will begin airing in 2021.

HGTV revealed more about the renewal in a press release.

“Now that HGTV has picked up 12 new episodes of his hit series Flipping 101 with Tarek El Moussa, the titular real estate superstar and busy dad of two will coach and mentor even more first-time flippers and share new secrets for successful property flips. Season two of Flipping 101 with Tarek El Moussa will premiere in 2021 with a new one-hour format.

And, with four fresh season one episodes scheduled to return to HGTV on Thursdays at 9 p.m. ET/PT beginning September 17, fans won’t have to wait long to get more of Tarek’s invaluable flipping tips. As a surprise, they’ll also see Tarek team up in a special episode with his girlfriend, real estate agent Heather Rae Young.

“The road to becoming a successful flipper is not easy,” said Tarek. “I can’t wait to show more first-time flippers that with hard work, patience and persistence they can turn their dreams into a profitable reality.”

What do you think? Are you a fan of the Flipping 101 series? Are you excited for season two on HGTV?

Don’t like this show!!! Out of all of them on HGTV it’s the only one I turn off.

I’m so excited. I love this show. Thank you HGTV.