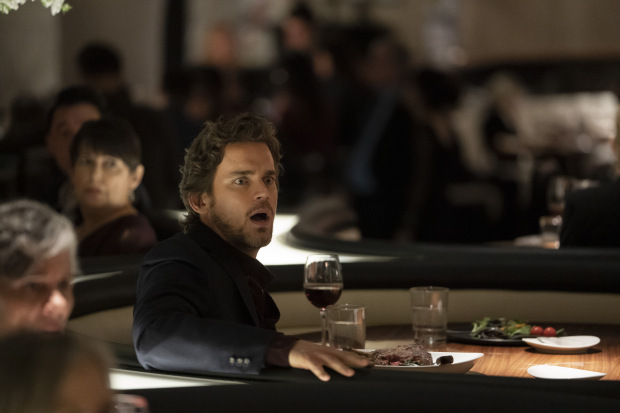 The Sinner is getting ready for its return, and fans will not have much longer to wait. USA Network announced the premiere date for season three of the anthology series.

For season three, Bill Pullman returns, but this time he will have to deal with a new character played by Matt Bomer. He is returning to USA Network. Bomer starred on White Collar for six seasons. The Sinner will be joined by a new anthology series starring Rosario Dawson titled Briarpatch. Both shows will premiere on USA on February 6th, starting at 9:00 PM.

USA Network revealed plots for both shows in a press release. Check that out below.

BRIARPATCH follows Allegra Dill (Dawson), as a no-nonsense professional who returns to her quirky hometown to solve her sister’s murder. The season celebrates the beloved genres represented by Ross Thomas’ book — a stylish blend of crime and pulp fiction — while updating his sense of fun, danger and place for a new generation. The series — also starring Jay R. Ferguson, Edi Gathegi, Brian Geraghty and Kim Dickens – is written for television by Greenwald, who will executive produce along with MR. ROBOT creator Sam Esmail through his production company Esmail Corp and Anonymous Content’s Chad Hamilton. The series hails from UCP and Paramount Television.

Both shows will premiere on February 6.

What do you think? Will you tune in to watch The Sinner and Briarpatch on USA?

How can each case that Ambrose does be the most dangerous and disturbing case of his career? Eventually they have to NOT be as bad right? And why is the Briarpatch new character a “no nonsense” type? Are there any “nonsense” types?