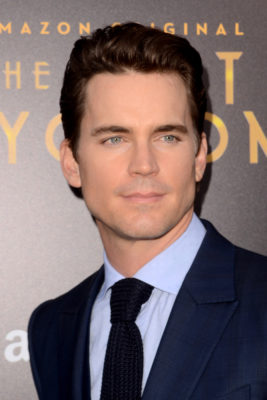 Matt Bomer is coming to USA. The network just announced the American Horror Story star has joined season three of The Sinner.

The newest installment of the  drama series “follows Detective Harry Ambrose (Bill Pullman) as he begins a routine investigation of a tragic car accident on the outskirts of Dorchester, in upstate New York.”

On The Sinner, Bomer will be playing Jamie, “an upstanding Dorchester resident and expectant father who looks to Ambrose for support in the wake of an accident.”

USA Network has not yet announced a premiere date for season three of The Sinner, but you can read more info below:

USA Network today announced a third season pickup of its critically acclaimed limited series, The Sinner. Bill Pullmanreturns to reprise his role as Detective Harry Ambrose. Alongside Pullman, new series regular Matt Bomer (Doom Patrol, Will & Grace, and the upcoming film Papi Chulo) is set to play Jamie, an upstanding Dorchester resident and expectant father who looks to Ambrose for support in the wake of an accident.

What do you think? Have you seen The Sinner? Will you watch season three?

Please please hurry up with season 3 of The Sinner. Just can’t wait to see it. Have told all my friends and they are binge watching 1 n 2. Don’t punish us any longer!!!

My wife and I can’t get enough of this series. Bill Pullman does a great job playing the detective with his issues. The stories are nothing like we’ve seen before. It’s great to see a show of this caliber be appreciated.

I’ve loved this series from the beginning. Can’t wait for Season 3 to begin!!!! Hurry!

This is a great show that I can’t believe I missed when it aired on live TV. I binge watched it on DVD’s from the library, and even if you missed the first 2 seasons, the good thing is that each season is a story arc to itself. Bill Pullman is so good in this role, and the writing is great on this psychological murder chiller. You know “who” did it, they are a guilty “sinner”….just not the “why.” It’s the extenuating circumstances that build the story. I think Season 2 was even better than the first so can’t wait… Read more »

I can’t wait for S3 to debut. I love this series.