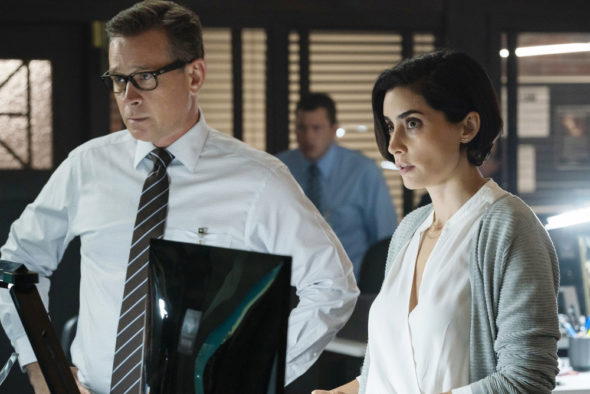 Will things get even more horrific in the second season of The Purge TV show on USA Network? As we all know, the Nielsen ratings typically play a big role in determining whether a TV show like The Purge is cancelled or renewed for season three. Unfortunately, most of us do not live in Nielsen households. Because many viewers feel frustration when their viewing habits and opinions aren’t considered, we invite you to rate all of the second season episodes of The Purge here. *Status update below.

A USA Network horror series, The Purge TV show stars Derek Luke, Max Martini, Paola Nunez, and Joel Allen. Based on the movie franchise by James DeMonaco, the drama unfolds in the United States, which is under totalitarian rule. The story centers on a 12-hour period during which all crimes, including murder, are legal. The second season explores how a single Purge night affects the lives of four interconnected characters over the course of the ensuing 364 days, all inevitably leading up to the next Purge.

What do you think? Which season two episodes of The Purge TV series do you rate as wonderful, terrible, or somewhere between? Do you think that The Purge on USA Network should be cancelled or renewed for a third season? Don’t forget to vote, and share your thoughts, below.

*5/14/20 update: The Purge has been cancelled by USA Network so, there won’t be a third season.

I love this program. Lots of action

I think it’s absolutely hilarious how this show has low ratings when woke shows are still going.

This is awesome entertainment. Great characters and no soapy endings. What’s not to like. Forget the parallels with America today and enjoy. Ha there would never be enough days in the year for me to purge!

The purge of the great series hopefully it will be renewed for this third season.