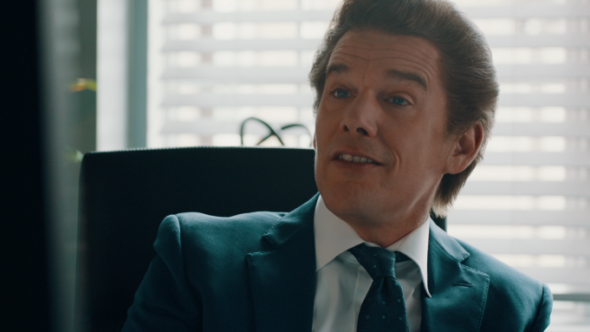 A familiar face is returning to The Purge. Deadline reports Ethan Hawke will reprise his film role for the USA Network TV show.

Hawke played James Sandin in the original 2013 Purge movie. A spin-off of the film franchise, the series revolves around a 12-hour period during which all crimes, including murder, are legal. The cast includes Gabriel Chavarria, Jessica Garza, Hannah Emily Anderson, Colin Woodell, Reed Diamond, and Lili Simmons.

Hawke will appear on the season two finale of The Purge, which airs on USA Network on December 17th at 9 p.m. ET/PT.

What do you think? Do you watch The Purge? Are you excited for the finale?

They need to make a 3rd season and have it focus on what happened to Leo, Eva & Cali after they got Leo to the hospital at the end of Purge Anarchy.