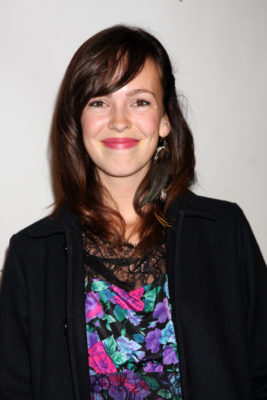 The sci-fi drama tells the story of three unrelated people who realize that they are dreaming separate parts of a single common dream. The cast includes David Ajala, Lizzie Brocheré, Will Yun Lee, Kai Lennox, Anna Wood, and Zak Orth.

On Falling Water, Allen will replace Brooke Bloom as Sabine Brighton, the older sister of Tess (Brocheré). USA Network has not yet announced a premiere date for season two.

What do you think? Did you see the first season of Falling Water? Will you watch season two?

I really enjoyed season one of Falling Water and check frequently for news about season 2! Looking forward to premier, hoping they don’t decide to cancel it.

I really enjoyed Falling Water and am looking forward to season 2. It is a unique concept that has captured my imagination.