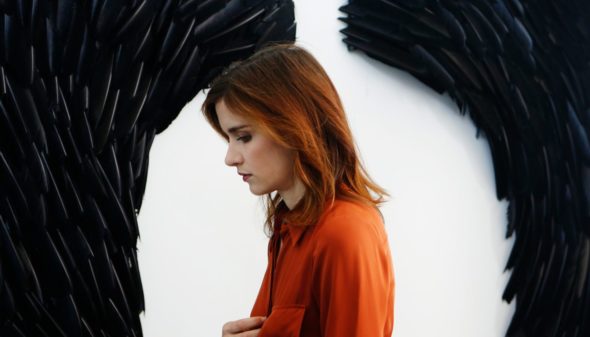 USA Network has put one of their scripted series to bed. The cable channel has cancelled their low-rated supernatural drama series, Falling Water, so there won’t be a third season of the low-rated TV show.

Falling Water stars David Ajala, Lizzie Brocheré, Will Yun Lee, Kai Lennox, Zak Orth, and Sepideh Moafi. Guest performers in season two include Anna Wood, Jodi Long, and Brittany Allen. Falling Water is the story of three unrelated people who realize that they are dreaming separate parts of a single common dream. Each is on a quest for something that can only be found in their subconscious but, the more they use the dream world, the more they realize that their visions are trying to tell them that their real lives are at stake.

The first season of Falling Water drew low ratings (a 0.14 rating in the -18-49 demographic with 461,000 viewers) but was renewed for a sophomore year anyway. It appeared that USA had lost faith in the series and shifted season two to Saturday nights where the numbers really dropped. The second season of Falling Water averaged a 0.09 rating in the 18-49 demographic and 349,000 viewers. Compared to season one, that’s down by 33% and down by 24%, respectively.

Apparently, those numbers were too low for USA to renew the show for a third season. The defacto series finale of Falling Water aired on March 10, 2018.

The cancellation of Falling Water leaves USA with eight scripted drama series on the air — Colony (currently airing its third season), Mr. Robot (season four is expected to launch later this year), Queen of the South and Shooter (their third seasons launch June 21st), The Sinner (season two kicks off in August), Suits (season eight debits in July), Second City (the Suits spin-off will likely debut in 2019), and Unsolved, (this anthology series has yet to be renewed for a second season).

What do you think? Did you like the Falling Water TV show? Do you think that it should have been cancelled or renewed for a third season?

The sound was so bad I had to keep rewinding to hear what was said. Bummer.