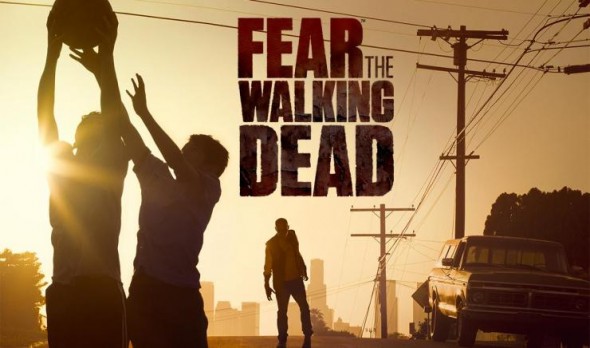 AMC IS NOW HOME TO THREE OF THE TOP FIVE PREMIERES IN CABLE HISTORY AMONG ADULTS 18-49, AND THE TOP TWO NEW SERIES PREMIERES IN 2015

NEW YORK, NY – August 24, 2015 – Last night’s special 90-minute series premiere of “Fear the Walking Dead” made television history, delivering 10.1 million live/same day viewers and becoming the #1 series premiere in cable television history for total viewers and all key demos. The episode delivered 6.3 million adults 18-49. In that coveted demographic, AMC now is home to three of the top five cable series premieres of all time in live/same day viewing – “Fear the Walking Dead” at #1 (2015), “Better Call Saul” at #2 (2015) and “The Walking Dead” at #5 (2010) – a remarkable accomplishment so far into the post-DVR era. A “Talking Dead” Season 6 Preview Special that preceded the “Fear” premiere last night delivered 4.2 million viewers, and 2.5 million adults 18-49.

“Thank you and congratulations to Robert Kirkman, Dave Erickson, the brilliant executive producers and the entire cast and crew of ‘Fear the Walking Dead,'” said Charlie Collier, president of AMC and SundanceTV. “It is increasingly difficult to evaluate a show’s success on night one. However, we are releasing these live/same day ratings because ‘Fear the Walking Dead’ delivered record-breaking numbers that are all the more special in this era of time-shifted viewing and audience fragmentation. To have a companion series to the #1 show on television driving communal, urgent viewing, social activity and pop cultural relevance of this magnitude is truly differentiating. Of course none of it is possible without the fans, whose passion leads to these remarkable results.”

The first season of “Fear the Walking Dead” will run for six episodes this fall. The show will return for a second season of 15 episodes next year.

Whether commemorating favorite films from every genre and decade, or creating acclaimed original programming, AMC brings to its audience something deeper, something richer, Something More. The network reigns as the only cable network in history ever to win the Emmy(R) Award for Outstanding Drama Series four years in a row with “Mad Men,” and six of the last seven with current back-to-back honoree, “Breaking Bad.” The network boasts the most-watched drama series in basic cable history and the number one show on television among adults 18-49 for the last three years with “The Walking Dead.” AMC’s current original drama series include “Mad Men,” “The Walking Dead,” “Better Call Saul,” “Hell on Wheels,” “TURN: Washington’s Spies,” “Halt and Catch Fire,” “Humans,” “Fear the Walking Dead” and the forthcoming “Into the Badlands” and “The Night Manager.” AMC also explores authentic worlds and discussion with original shows like “Talking Dead,” “The Making of The Mob: New York” and “Comic Book Men.” AMC is owned and operated by AMC Networks Inc. and its sister networks include IFC, SundanceTV, BBC America and WE tv. AMC is available across all platforms, including on-air, online, on demand and mobile. AMC: Something More.

What do you think? Did you watch the premiere? Will you keep watching?

I HOPE TO GOD they tell us all what CAUSED the ‘Zombie Apocalypse’ if anyone alive knows the reason… I saw one clip showing a slow moving car with children inside; windows rolled down slightly; kids wearing surgical masks. HOW INSANE IS THAT? Reminds one of the IDIOTIC 1950’s Civil Defense drills school children did; hiding under desks at the sound of a nuclear war siren! BIG HELP! IDIOTS then IDIOTS now…

I’m not at all surprised. Just wait till October 11th!