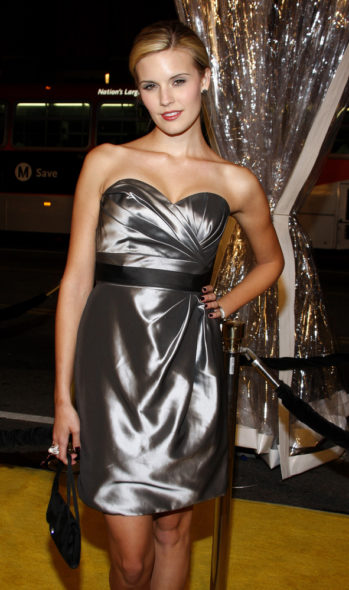 Lost alum, Maggie Grace, is joining the fourth season of the Fear the Walking Dead TV show on AMC. Reportedly, The Walking Dead prequel has cast her in a series regular role, but no character details have been released.

Airing on the AMC cable channel, Fear the Walking Dead stars another Lost veteran, Kim Dickens, as well as Cliff Curtis, Frank Dillane, Alycia Debnam-Carey, Danay Garcia, and Colman Domingo. Also joining alongside Grace in season four are Garret Dillahunt and Jenna Elfman. As previously reported, Lennie James, who stars as Morgan Jones on the original zombie drama, is crossing over this season.

Lost fans came to know Grace as Shannon Rutherford, step-sister of Boone Carlyle (Ian Somerhalder) and ill-fated sweetheart of Sayid Jarrah (Naveen Andrews). Although AMC has not yet announced this cast addition on its press site, Deadline has confirmed the news.

What do you think? Are you a Maggie Grace fan? Are you looking forward to seeing her in the fourth season of the Fear the Walking Dead TV series on AMC? Tell us.