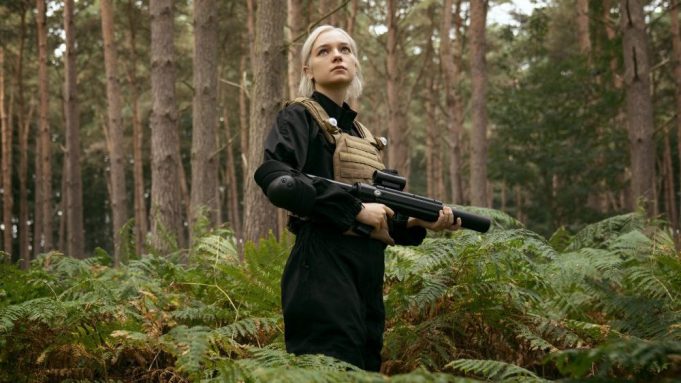 Esme Creed-Miles, Mireille Enos, Joel Kinnaman, Noah Taylor, and Dermot Mulroney star in the drama series about a young assassin which is a take on the 2011 film of the same name.

Prime Video revealed more about the upcoming season of Hanna in a press release.

“Today at New York Comic Con, Amazon Prime Video debuted the teaser trailer for the third season of Hanna, which will premiere all six, one-hour episodes on November 24, 2021 in more than 240 countries and territories worldwide. As previously announced, Ray Liotta joins the cast for Season Three as Gordon Evans, a respected former military man and intelligence operative who wields incredible insider power. Evans sees himself as a visionary with a rigid moral code, a true patriot who will do what needs to be done to protect his country.

Season Three of Hanna continues the journey of an extraordinary young woman, played by Esmé Creed-Miles, who was created by the sinister organization Utrax and trained to be an assassin. Hanna (Creed-Miles) is now secretly trying to destroy Utrax from the inside and free herself from its grasp with the help of her previous nemesis, former-CIA agent Marissa Wiegler (Mireille Enos). Together they have coerced high-ranking Utrax agent John Carmichael (Dermot Mulroney) into aiding their mission, but her fellow young assassins, Sandy (Áine Rose Daly) and Jules (Gianna Kiehl), and new foes are starting to suspect Hanna’s plot. As Hanna moves closer to her goal, she begins to uncover not only a world-changing agenda but the true power behind Utrax that stands between her and freedom.

From today’s New York Comic Con panel, Hanna executive producer Tom Coan said of Season Three: “The journey is going to be bigger and better than before … everything lives at a much louder volume this year and it’s going to be exciting for audiences to see the next chapter of the story. We had two intentions in making this show – to be more sophisticated and dynamic – and that was the centerpiece on which everything was built … we operated on the principle of trying to make it as exciting as possible.”

Mireille Enos raved about getting to work so much more with her co-star, Esmé Creed-Miles, and revealed this season Marissa and Hanna “treat each other like equals … there’s a real acknowledgement of each other as two powerhouses.”

On the addition of Ray Liotta to the Season Three cast, Coan shared, “You see Ray Liotta and he is menacing and dangerous and complicated, and that’s one of the powers he brings to the screen every time.”

Wrapping up the panel conversation, Creed-Miles ended with, “Hanna is really special, I love her very much, if she can reach young women in a way that I would have wanted to be reached … then that’s the best I could hope for.”

Check out the trailer for Hanna season three below.

What do you think? Are you excited to see season three of the Hanna TV series come to Amazon Prime Video?

Yea, I’m thrilled to see Hanna is coming back. It is such a stylish and exciting show. Mireille and Cree have a dynamic and taught relationship that keep you on the edge of your seat. I’m very curious to see what Ray Liotta brings to the show.