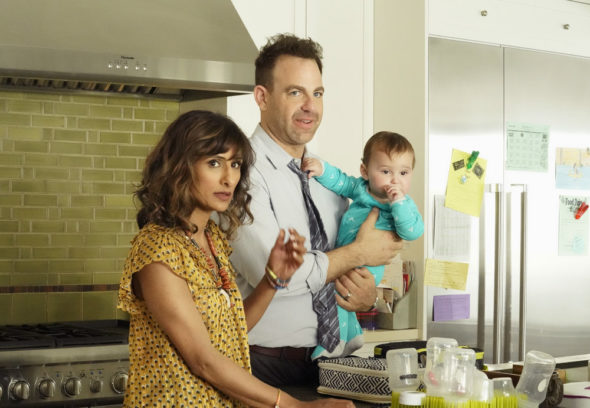 Jot this one down in your feelings journal. NBC has given the green light to the I Feel Bad TV show from writer Aseem Batra, who is executive producing with Amy Poehler, Dave Becky, and Josh Maurer. The sitcom hails from Universal Television, Paper Kite Productions, CannyLads Productions and 3 Arts Entertainment.

An NBC comedy, I Feel Bad stars Sarayu Blue, Paul Adelstein, Aisling Bea, Zach Cherry, Johnny Pemberton and James Buckley. The story centers on Emet (Blue), a woman who is just trying to figure it all out. The sitcom is inspired by the Orli Auslander book: I Feel Bad: All Day. Every Day. About Everything. (affiliate link).


This is what having it all looks like. #IFeelBad, from Executive Producer Amy Poehler, coming soon to NBC. pic.twitter.com/X7UCpp0H8O

Check out the description for the I Feel Bad TV series from NBC.

Emet is the perfect mom, boss, wife, friend and daughter. OK, she’s not perfect. In fact, she’s just figuring it out like the rest of us. Sure, she feels bad when she has a sexy dream about someone other than her husband, or when she pretends not to know her kids when they misbehave in public, or when she uses her staff to help solve personal problems. But that’s OK, right? Nobody can have it all and do it perfectly. From executive producer Amy Poehler comes a modern comedy about being perfectly OK with being imperfect.

What do you think? Have you read Auslander’s book? Do you plan to check out the I Feel Bad TV series, when it debuts on NBC? Tell us.