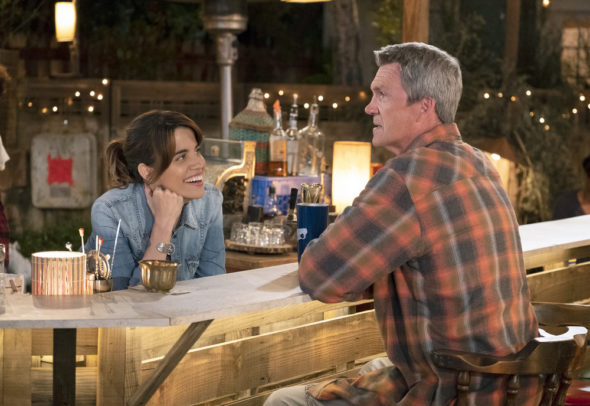 While The Middle is ending its nine season run on ABC, star Neil Flynn isn’t going to be out of work for long. NBC has ordered the Abby’s TV show to series, and Flynn is already a regular in the backyard barroom gut-buster. Perhaps the Peacock Network is hoping the tall, talented Scrubs vet will bring some serious series longevity luck along with him.

An NBC sitcom, Abby’s stars Natalie Morales in the title role, along with Nelson Franklin, Kimia Behpoornia, Jessica Chaffin, and Leonard Ouzts, as well as Flynn. Josh Malmuth is writing and will executive produce with Michael Schur and David Miner. Pamela Fryman is directing and executive producing the Abby’s pilot.

Here’s more on the upcoming Abby’s TV series from NBC.

From the producers of “The Good Place” comes a hilariously aspirational new comedy about the best bar in San Diego, home to good prices, great company and, of course, Abby. This unlicensed, makeshift bar nestled in her backyard is the opposite of everything annoying about today’s party scene. There are rules at Abby’s: no cell phones (not even to “look something up”), earning a seat at the bar takes time and losing a challenge means drinking a limey, sugary “not-beer” drink. As the oddball cast of regulars will tell you, hanging out at Abby’s is a coveted honor. But once you’re in, you’re family.

Although the network hasn’t yet issued a press release on the Abby’s pickup, they have confirmed it on Twitter. Check it out.

What do you think? How do you like the sound of the Abby’s TV series? Do you plan to check it out, when it premieres on NBC.