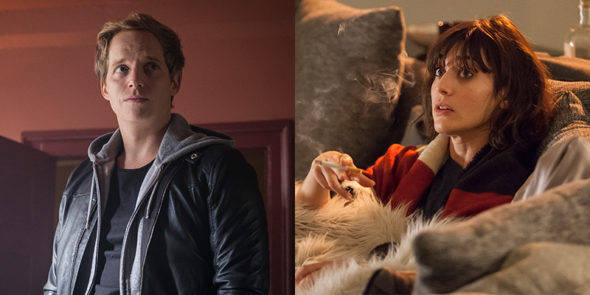 Premium cable is seldom on its best behavior. To that end, Showtime has picked up the Ill Behaviour TV show, complete with the extraneous U and all, from the BBC. The six-part comedy thriller hails from Fudge Park Productions and is written by Sam Bain and directed by Steve Bendelack. The first season premiered this past summer on BBC Two and will hit Showtime on Monday, November 13, 2017 at 10:30pm ET/PT.

LOS ANGELES – October 4, 2017 – SHOWTIME has acquired the BBC series ILL BEHAVIOUR, a six-part comedy thriller about the boundaries of friendship and the lengths taken to preserve it. Starring Chris Geere (You’re the Worst), Lizzy Caplan (MASTERS OF SEX) and Tom Riley (DaVinci’s Demons), ILL BEHAVIOUR focuses on Joel (Geere) who uses any methods, conventional or otherwise, to save Charlie (Riley) when Charlie announces that he is abandoning chemotherapy treatment for his cancer.  Written by Sam Bain (Peep Show) and directed by Steve Bendelack (Friday Night Dinner), ILL BEHAVIOUR makes its SHOWTIME debut on Monday, November 13 at 10:30 p.m. ET/PT.  ILL BEHAVIOUR is produced by Fudge Park Productions.

In ILL BEHAVIOUR, the recently divorced Joel moves in with best friend Charlie, who sets him up on a date with Nadia (Caplan), a doctor who also happens to be a raging alcoholic. Their connection is complicated by the newest revelation about  Charlie’s condition, sending the trio and mutual friend Tess (Jessica Regan, Doctors) down a reckless path. Tempers flare, temperatures rise, copious amounts of alcohol are consumed, cross-bows are brandished, friends turn into enemies, enemies turn into lovers and life-long relationships bend, stretch – and shatter.

“ILL BEHAVIOUR is a brilliantly written series from the mind of Sam Bain which explores how far friends will go to protect each other, whilst blurring the lines of what’s right and wrong. It features nuanced and honest performances from the cast across the board and we can’t wait for audiences in the U.S. to see this hilarious comedy thriller,” said Iain Morris and Damon Beesley, executive producers for Fudge Park.

In addition to her Emmy®-nominated work in the SHOWTIME series MASTERS OF SEX, Caplan has starred in Now You See Me 2, Party Down, True Blood, The Class and Freaks and Geeks. Geere’s U.S. breakthrough in You’re the Worst followed roles in such U.K. series as Bombshell, Waterloo Road, The Spa and EastEnders, while Riley is best known for his BAFTA-winning performance as Leonardo Da Vinci in Da Vinci’s Demons, and has appeared in productions including Doctor Who, Monroe and Starfish.

What do you think? How do you like the sound of the Ill Behaviour TV series? Do you plan to check out season one when it premieres on Showtime? Let us know, below.