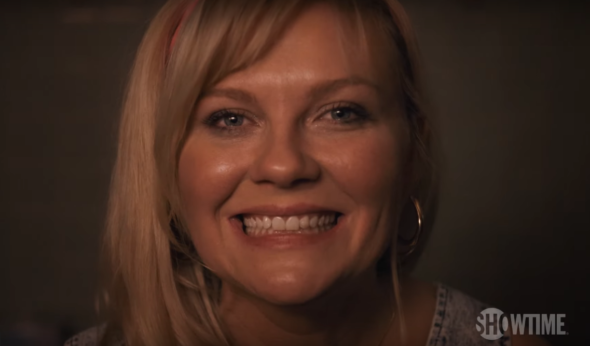 “Luck is something that you make happen.” Showtime just released a first look at their upcoming TV show, On Becoming a God in Central Florida.

The dark comedy stars Kirsten Dunst as “Krystal Gill, a minimum-wage-earning water park employee who will eventually scheme her way up the ranks of Founders American Merchandise: the cultish, flag waving, multi-billion dollar pyramid scheme that drove her family to ruin.”

On Becoming a God in Central Florida premieres on Showtime on August 25th at 10 p.m. ET/PT.

What do you think? Are you a fan of Kirsten Dunst? Will you watch her new series?