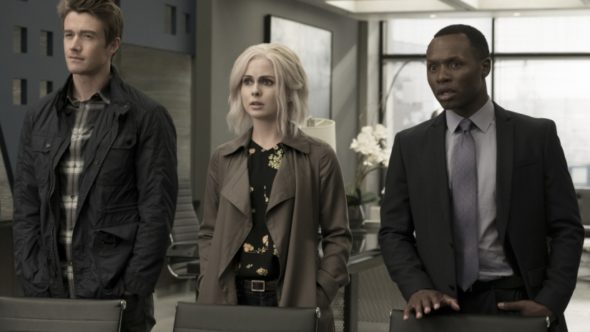 The low-rated show about the undead is certainly not dead. The CW has announced that season four of iZombie will debut next month. It will launch on Monday, February 26, 2017, at 9pm.

It’s unclear how many episodes have been ordered this time around. The first and third seasons had 13 episodes while season two had 19 installments. A baker’s dozen seems likely for season four. The iZombie debut will follow a new episode of DC’s Legends of Tomorrow.

As announced last summer, Robert Knepper will be a series regular this time around. The actor was investigated by Warner Bros. TV following claims of sexual misconduct. The claims stemmed from incidents that allegedly occurred years before he joined the show. The inquiry found “no evidence of wrongdoing on the set of the show.”

Today, CW President Mark Pedowitz reiterated that there were no issues found on iZombie. He noted, “I support my studio partners, and we are all in the same place that this stuff cannot be tolerated.” Interestingly, Pedowitz would not comment on Knepper’s future on the series.

What do you think? Do you plan to watch the fourth season of iZombie on The CW?

I can hardly wait for season 4! I LOVE this show. I will even DVR it so I can watch it again, in case I missed something the first time.