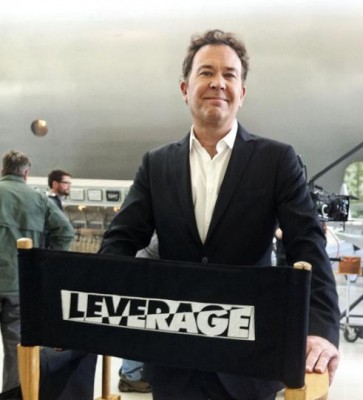 Will Leverage be cancelled or renewed for a sixth season? TNT hasn’t announced anything about the show’s fate yet but executive producer Dean Devlin says that the season five finale can work as either a season or series finale.

In an open letter on LeverageFans.com, Devlin wrote:

As of the writing of this letter, we still do not know if there will be a season six of our show. Just as we didn’t know when we created the last three episodes which are about to air. Because of this uncertainty, John Rogers and I decided to end this season with the episode we had planned to make to end the series, way back when we shot the pilot. So, the episode that will air on Christmas is, in fact, the series finale we had always envisioned.

This is not to say we would not do a season six should we get the opportunity. Everyone involved with the show, from the cast, the crew, the writers and producers, would like nothing more than to continue telling these stories. But, in case we do not get that opportunity we felt that, creatively, after 77 episodes, we owed it to you, our fans, to end the show properly.

I sincerely hope you watch these last three episodes. They build to our conclusion. And the finale, I believe, is the most powerful episode we’ve ever done.

From all of us who make the show, thank you for watching, supporting and encouraging us. I’ve never experienced a fandom as intense, loyal and wonderful as you all.

This season’s ratings are down by about 8% when compared to last year’s — 2.64 million vs 2.88 million. That’s not too bad but the show is likely more expensive to produce than it used to be and TNT’s newer shows have pulled in much better numbers.

Major Crimes averaged 5.18 million, Perception averaged 4.24 million and Dallas brought in an average of 4.42 million. So, while Leverage isn’t doing much worse, it seems likely that TNT is raising its standards of success.

What do you think? Are you okay with Leverage being cancelled or would you like to see it come back for a sixth season?

I watched all season one day come back with 6

Please bring Leverage back , I love that show. I miss Parker

Please keep Leverage on the air! I love it! The actors work so well together! They are clever, exciting. Something is always happening, making the viewer glued to their chairs! Wonderful! I love this show!! I watch reruns over and over! Just waiting for the new seasons to come out! Now I am patiently waiting for the new season………..still waiting…….lol thank-you for Leverage!

PLEASE BRING IT BACK!!!!!!!LOVE THE SHOW

Obviously, I am not alone in feeling that Nate, Sophie, Parker, Hardison, and Eliot are friends of mine. In Sacramento, our station airs Leverage shows back to back for over twelve hours. I spend time with “my friends” almost the whole day… every weekend. It is all so clever, and the actors and actresses can’t be “acting”… the characters they have created are so comfortable and natural and believable with who they are and their teamwork is so admired and desired. I enjoy that they are so good that it doesn’t really matter if “that doesn’t happen in real life”.… Read more »