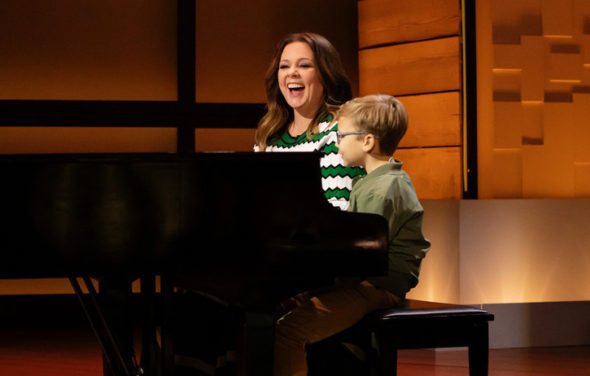 An NBC children’s talent show, Little Big Shots features comedian Melissa McCarthy as the series’ new host. The show has been reimagined for season four and McCarthy meets with inspiring and hilarious kids from all corners of the globe. They take viewers into their world, share their remarkable stories and show viewers the incredible talents that set them apart. These are kids who defy the odds, reject stereotypes, and conquer their dreams. They may be small but their hearts are big.

What do you think? Which season four episodes of the Little Big Shots TV series do you rate as wonderful, terrible, or somewhere between? Do you think that Little Big Shots should be cancelled or renewed for a fifth season on NBC? Don’t forget to vote, and share your thoughts, below.

The show is not the same
The host is not funny
Bring Steve Harvey Back.

Love the show and Melissa. She is so relatable with the kids on their level. The focus is on the kids and not the popularity of the host. The show makes me laugh and cry. Thanks for being real.

Melissa added so much to this season’s show. She did not bring any attention to herself and focused on the little stars. Everything she said of the kids was positive. I loved the new format. Melissa loves kids.