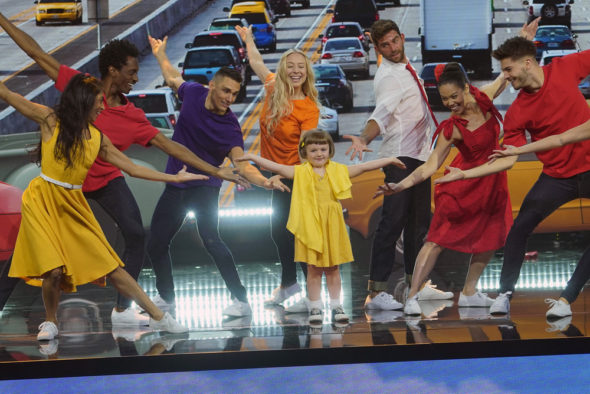 How do the kids stand up under the spotlight during the third season of the Little Big Shots TV show on NBC? As we all know, the Nielsen ratings typically play a big role in determining whether a TV show like Little Big Shots is cancelled or renewed for season four. Unfortunately, most of us do not live in Nielsen households. Because many viewers feel frustration when their viewing habits and opinions aren’t considered, we’d like to offer you the chance to rate all of the Little Big Shots season three episodes here. Status update below.

An NBC talent show for children, Little Big Shots features host Steve Harvey having light-hearted chats with gifted little ones, who exhibit a wide range of talents. Season three acts include a soap bubble artist, pint-sized aerialists, a golf prodigy, and the world’s strongest kid. Also featured are young experts in astronomy, mathematics, and archaeology. There are also musically gifted children, performing everything from pop to opera and country to classical, and on instruments that include the ukulele, drums, piano, more.

What do you think? Which season three episodes of the Little Big Shots TV series do you rate as wonderful, terrible, or somewhere between? Should NBC cancel or renew Little Big Shots for a fourth season? Don’t forget to vote, and share your thoughts, below.

**5/13/2019 Status Update: Little Big Shots has been renewed for season four, but Steve Harvey is out, and there’s a new host. Details here.

Please continue to air Little Big Shots Television Series. This show is very uplifting and the talent of these remarkable children is absolutely amazing and just just goes to show other children that if they apply themselves and use resources available to them then the sky is the limit. Children are our future and the potential that they have is up to them to seek out and Little Big Shots is an excellent show of accomplishment of these little people!! Thank you in advance for listening to your audience and keeping this show moving forward with the endless possibilities of… Read more »

Love this beautiful entertaining show and hope it will continue for the fourth season.