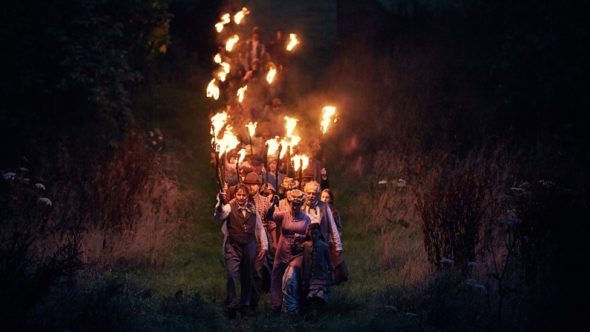 The Living and the Dead cancelled after one season on BBC One and BBC America (photo: BBC).

Perhaps they should have called it The Quick and the Dead. The The Living and the Dead TV show has been cancelled by The BBC. The first and only season of the spooky supernatural series is slated to premiere on BBC America sometime this fall. In UK, Ashley Pharoah’s six-episode drama aired on BBC One between June 28 and August 2, 2016. The British network has confirmed The Living and the Dead TV series will not be renewed for a second season, Digital Spy reports. 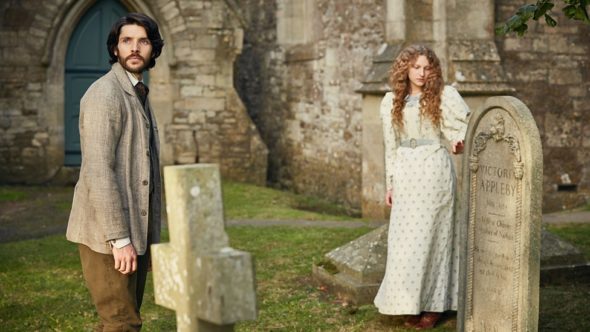 The Living and the Dead TV show, cancelled by The BBC; no season two. (Photo: BBC.)

About The Living and the Dead:

When his mother dies, Nathan Appleby and wife Charlotte return to the family estate in an attempt to revitalize the farm that is the lifeblood of the local community. The BBC says when Harriet (Tallulah Rose Haddon), “… a vulnerable teenage girl is brought to Nathan, seemingly possessed by a terrifying spirit, he cannot leave her to suffer.” Here is more from The BBC:

Nathan is a pioneering doctor who has worked at the forefront of the emerging science of psychology. He’s an expert in mapping the dark places of the mind. Nathan believes there is always a rational or scientific explanation to be found for life’s mysteries. So though Harriet’s case is disturbing, Nathan must use every psychological technique he has to find a way to cure her. But what if Nathan is wrong – what if it’s not an illness of the mind? Could Harriet actually be haunted? 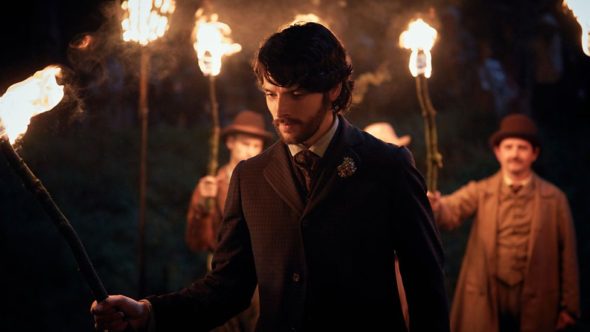 The Living and the Dead TV series cancelled after one season on BBC One and BBC America. (Photo BBC.)

RELATED: The Living and the Dead Premieres on BBC America this fall.

UK readers have you watched the first and only season of The Living and the Dead TV series? Should it have been cancelled or renewed? US readers, do you plan to check out the series when it premieres on BBC America? Let us know, below.

My husband and I LOVED this series. We were so disappointed when we found out it was not being renewed for a second season. Colin Morgan is an amazing actor and had us mezmerized with his performance. Every one on the show were awesome. It was as if we were part of the household along with them. Please, we hope you will reconsider cancelling and will renew perhaps one more season, so that we can have closure.

We love this series and hope they will continue… so many great plots and twists can be developed… great actors that fit their parts…. bring it back!

Reader
Cindy from the States

This was the best show I’ve watched in a very long time. Very spooky and haunting. Loved the music as well. Please reconsider filming a second season, or at least a movie to wrap up loose ends!

Amazing show. Thought provoking and thrilling it is a shame to see the show go. It is honestly one of the most well written shows I have had the pleasure to watch in a long time. I wish you would reconsider.

This show is so well written and acted. The unfolding of the time element really had me going and The last moment!!!! Oh my! I thought for SURE this show would be at least one more season. I am devastated that it was canceled! I was okay wit that being a season cliffhanger but what a way to end…. I really hope a network will consider this show!

I just finished watching season one and I am completely devastated that they won’t continue the series. It is well written and executed. I wish or hope that in some way maybe Netflix or some other outside entertainment could keep the series running.

Oh so disappointed. I just binged the one and apparently only season. Such a great spin on a ghost story. Would love to see another network pick up this promising series.

Is a gerade show, and the cliffhanger was verry good. I want more

I am extremely disappointed that this show is not being renewed. I have been watching it on Amazon and it is a great show.

I’m very disappointed that there won’t be a second season, I thought it was very original and the acting was superb! I definitely would have watched season two.

Should not have been cancelled. Great spooky tv!

Just binged watch this show and found it so interesting. A totally different concept of a ghost story playing with time. I didn’t know it was cancelled until I finished the final episode of season 1 and googled to find when season 2 would air. How disappointing. I wouldn’t have watched had I known…I hate only getting half (or less) of a story. Now I have to go to bed angry. Grrrr.

I cannot believe thisWhy oh why when USA loves it!! This is not the first BBC program that has not renewed! A lot of my favorites are gone!