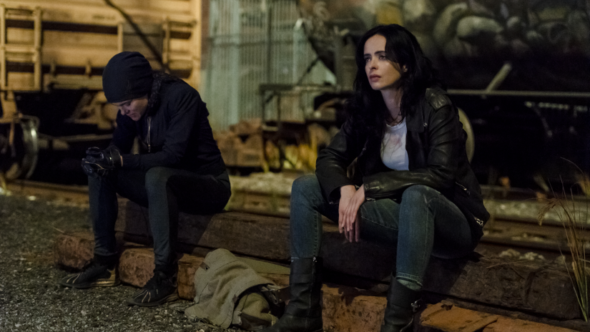 Is the third season a fitting end for Marvel’s Jessica Jones TV show on Netflix? As we all know, the Nielsen ratings typically play a big role in determining whether TV shows are cancelled or renewed. Netflix and other streaming platforms, however, collect their own data. If you’ve been watching this TV series, we’d love to know how you feel about the season three episodes of Marvel’s Jessica Jones. We invite you to rate them for us here.

A Netflix superhero drama, Marvel’s Jessica Jones stars Krysten Ritter as Jessica Jones, a heavy-drinking and hard-edged detective based in Hell’s Kitchen. The cast also includes Rachael Taylor, Eka Darville, Benjamin Walker, Sarita Choudhury, Jeremy Bobb, Tiffany Mack, and Carrie-Anne Moss. In season three, when Jessica crosses paths with a calculating psychopath, she and Trish (Taylor) must work to repair their fractured relationship and then team up to take him down. However, a devastating loss spotlights their conflicting ideas of heroism — and sets them on a direct collision course that will forever change both of them.