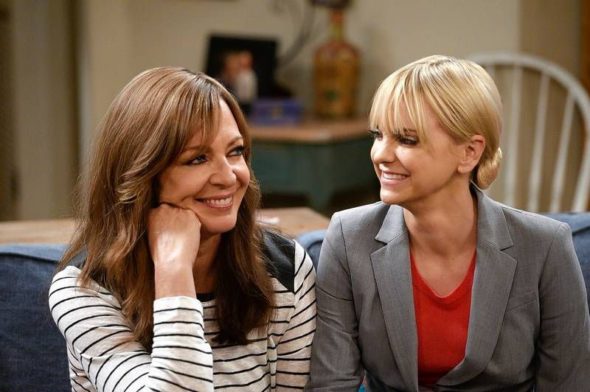 The hit sitcom centers on Christy (Anna Faris), a single mom in recovery who has moved back in with her own single mother, Bonnie (Allison Janney), who’s also in recovery. The cast also includes Jaime Pressly, Mimi Kennedy, Beth Hall, and William Fichtner.

We’re exceptionally proud to have Mom on our air; a high-quality, signature comedy with characters viewers love, that also brings strength and stability to our lineup. Under Chuck Lorre’s extraordinary leadership and with his outstanding writing and production team, we look forward to having Mom on CBS for many years to come.”

What do you think? Do you watch Mom? Are you glad it’s coming back?

Best show ever made.

Sandra B Jackson
Reply to  Alms

I absolutely love this show. Real life issues with a good laugh. I love all the characters. Wise Margie, rich Jill, Bonnie and Christy.
I would like to more from Wendy.
Adam was a huge plus to the show.
I do hope the series replaces Christy.

Omg love this show !! Its finally real TV that can have a laugh with in the evening after the worst day ever!! Me and my fiancee look forward to watching each week. Cant wait till the new season opens. CBS got it right this time , keep the laughs coming ! You nailed it with this one and young sheldon!!

I LOVE Mom. I looked forward to watching it every night to catch up. It feels like I’ve been waiting forever for season 8! I read here it was renewed for Season 8, but it’s Sept. 15th and I can’t find it anywhere. Don’t seasons start in the fall?