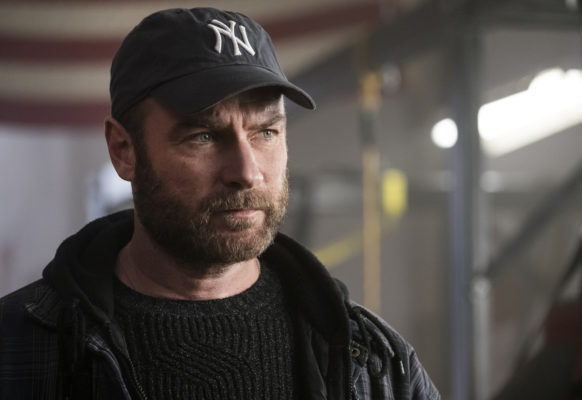 Hello, Big Apple! Ray Donovan is moving to New York City for season six of the Showtime drama series. The cable channel announced today that the sixth season of their gritty Liev Schreiber TV show will kick off on Sunday, October 28, at 9 PM.

Here’s Showtime’s announcement about the return of Ray Donovan:

RAY DONOVAN has moved to New York and returns on Sunday, October 28 at 9 p.m.

Season six finds Ray (Emmy and Golden Globe nominee Liev Schreiber) rebuilding his life both personally and professionally in New York City. After being rescued from a plummet into the East River, his savior, a cop named Mac (Domenick Lombardozzi), brings Ray into the fraternity that is the Staten Island Police Department. While exploring this new world of brotherhood and corruption, Ray finds himself once again working for media mogul Sam Winslow (Susan Sarandon). Sam has teamed up with New York City mayoral candidate Anita Novak (Lola Glaudini), a partnership that puts Ray at odds with his new friends out in Staten Island.

What do you think? Do you like the Ray Donovan TV show? Do you plan to watch season six in October?

LOVE this show! Keep the seasosns coming!! Only negative is they have the seasons way too far apart!

Super series. Should not have taken so long to return to our screen

I would watch the Ray Donovan show 5 days a week if it were on. Love it.Please don’t EVER cancel it.