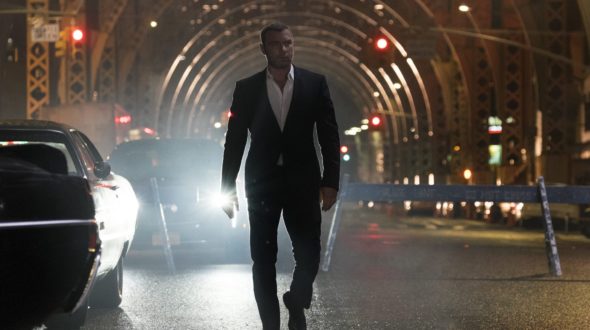 Showtime is trying to fix it. The cable channel has announced that the cancelled Ray Donovan TV series will return as a movie. The story will pick up where the seventh season left off.

Actors Liev Schreiber, Jon Voight, and Kerris Dorsey will all return and Schreiber and series showrunner David Hollander will write the project’s script. Filming will begin later this year and Hollander will direct the Showtime movie. An air date hasn’t been set as yet.

Emmy(R) and Golden Globe(R) Nominee Liev Schreiber To Return and Co-Write Script With Showrunner David Hollander, Who Will Direct

LOS ANGELES – February 24, 2021 – SHOWTIME has announced a RAY DONOVAN feature-length film continuing Ray’s journey, following the hit drama series’ seven-season run on the network. Star Liev Schreiber will return in his Emmy(R) and Golden Globe(R) nominated role and co-write the script along with series showrunner David Hollander, who will also serve as director. Golden Globe winner Jon Voight will also reprise his role as Mickey Donovan, as will Kerris Dorsey as Ray’s daughter Bridget. The production is tentatively scheduled to begin filming later this year in New York and will air on SHOWTIME. The announcement was made today by Gary Levine and Jana Winograde, Presidents of Entertainment, Showtime Networks Inc.

The new film picks up where season seven left off, with Mickey in the wind and Ray determined to find and stop him before he can cause any more carnage. It will also weave together the present-day fallout from the Donovan/Sullivan feud with Ray and Mickey’s origin story from 30 years ago.

“When RAY DONOVAN went off our air after seven great seasons, we heard from so many of its loyal fans that they were not ready to say goodbye to Ray and the wonderfully dysfunctional Donovan clan,” said Levine. “And so, for them, we are delighted that Liev and David are creating a thrilling new chapter of this iconic series.”

During its 82-episode run from 2013 to 2020, the series earned multiple Emmy, Golden Globe, Writers Guild and Critics’ Choice nominations, with Voight winning a Golden Globe Award for Best Performance By An Actor Role In A Supporting Role In A Series, Mini-Series, Or Motion Picture Made For Television.

What do you think? Have you enjoyed the Ray Donovan TV series? Are you looking forward to the upcoming TV movie?

We want Ray Donovan to return for many years. We enjoy it so mcuh