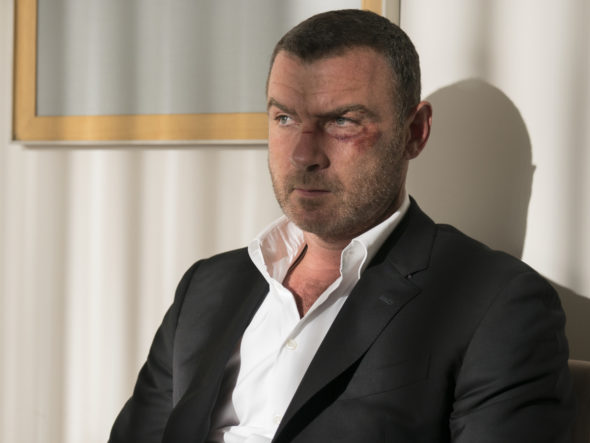 Ray is getting ready to take a bite out of the Big Apple. Today, Showtime announced it has renewed its Ray Donovan TV show for a sixth season, and the crime drama will move from Los Angeles to New York City, for season six.

Learn more about the Ray Donovan renewal from this Showtime press release.

Production To Begin In Early 2018

Consisting of 12 episodes, the sixth season is set to relocate from Los Angeles, where it has been based for the past five seasons, to New York City when production begins in early 2018, following an intensely emotional season five that finds Ray in turmoil and needing to rebuild his life anew. The RAY DONOVAN fifth-season finale airs this Sunday, October 29 at 9 p.m. ET/PT. RAY DONOVAN is one of the network’s top dramas and is currently averaging nearly 5 million weekly viewers across platforms.

”RAY DONOVAN broke new ground this season with its deeply emotional and innovative approach to Abby’s passing, without sacrificing any of the intensity that has been its trademark,” Levine said. “We so appreciate that David Hollander is never satisfied with the status quo, and his creative plan for moving the show to New York reflects his relentless ambition for this series.”

“For our show, creatively, New York is exciting. Fashion, media, finance, theatre, culture. It’s going to present new challenges for Ray Donovan which mean new opportunities for us as dramatists,” said showrunner David Hollander. “Ray came to Los Angeles to build a life for himself and his family. They’re not there anymore. Ray’s career has changed and he is looking for a place to rebuild his life. Ray thinks he went to New York to help his daughter. He’s going to find out he’s there to help himself.”

For more information about RAY DONOVAN, go to: SHO.com, follow on Twitter, Instagram and Facebook, and join the conversation using #RayDonovan. SHOWTIME is currently available to subscribers via cable, DBS and telco providers, and as a stand-alone streaming service through Apple®, Roku®, Prime Video and Google. Consumers can also subscribe to SHOWTIME via Hulu, Sony PlayStation® Vue and Amazon Prime Video.

What do you think? Are you still watching the Ray Donovan TV series? Are you looking forward to the Showtime TV show’s new setting in season six? Sound off, in the comments.

Glad to hear Ray is back…Love the show and all of cast..Excellent !!! But didn’t Ray go off the building at end of last season ? Or am I dreaming ? or is he dreaming ????

Yes that’s what I thought as well

Love this show and so glad it is continuing!

Excited, that its coming back for another season! I love this shot, not to mention hes really sexy. looking forward to the new season!!

I love Ray, so glad you are making season 6, I’ve watched it twice its a great series !