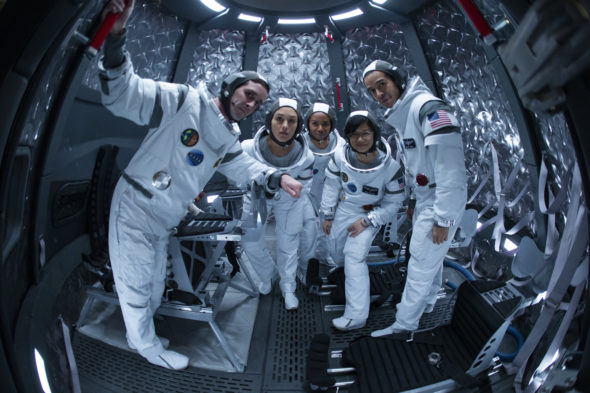 Is the first season of The First TV show on Hulu first rate? As we all know, the Nielsen ratings typically play a big role in determining whether a TV show like The First is cancelled or renewed. Hulu and other streaming platforms, however, collect their own data. If you’ve been watching this TV series, we’d love to know how you feel about the first season episodes of The First. We invite you to rate them for us here.

What do you think? Which season one episodes of The First TV series do you rate as wonderful, terrible, or somewhere between? Should Hulu cancel or renew The First for a second season? Don’t forget to vote, and share your thoughts, below.

1/19/19 update: The First has been cancelled after one season on Hulu.

loved it so much , it was suppose to be slow , its space and its a drama not action packed…it was amazing. I dont even like space shows , but my room mate does and I ended up loving this one…bring it back for more seasons. we at least have to see them on Mars

Loved it. Please bring it back for an other season

Loved it. Wish it would come back.