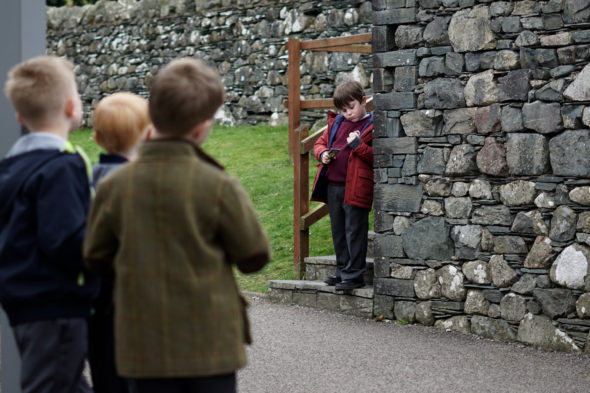 How well does Joe Hughes’ family manage to connect during the second season of The A Word TV show on SundanceTV? As we all know, the Nielsen ratings typically play a big role in determining whether a TV show like The A Word is cancelled or renewed for season three. Unfortunately, most of us do not live in Nielsen households. Because many viewers feel frustration when their viewing habits and opinions aren’t considered, we’d like to offer you the chance to rate all The A Word season two episodes here.

A SundanceTV dysfunctional family drama, The A Word stars Max Vento, Lee Ingleby, Morven Christie, Vinette Robinson, Greg McHugh, Adam Wittek, Tommie Grabiec, Molly Wright, Pooky Quesnel, and Christopher Eccleston. When five year old Joe Hughes (Vento) is diagnosed with Autism Spectrum Disorder, feelings bubble to the surface which only serve to highlight the tensions between his family members. Now they must connect with one another, even as they learn to give Joe what he needs.

What do you think? Which season two episodes of The A Word TV series do you rate as wonderful, terrible, or somewhere between? Should SundanceTV cancel or renew The A Word for a third season? Don’t forget to vote, and share your thoughts, below.

It’s airing in the UK right now. What is the usual wait from one place to the next? Ta.

This show is fantastic! It’s the “This Is Us” for families with a child on the spectrum. I laugh and cry on every episode. Can’t wait for season 3 !!!!!

Waiting patiently for word on a new season!