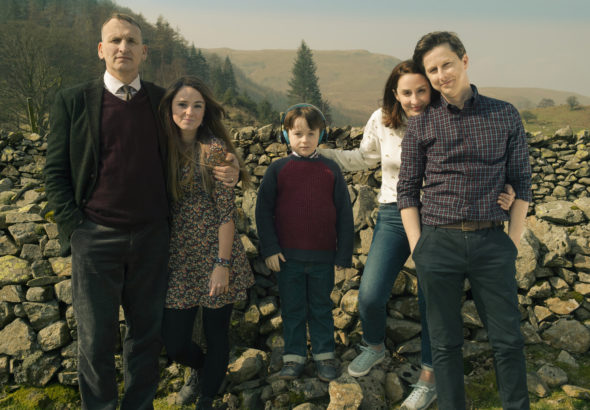 The A Word is returning to SundanceTV this fall with its third season! A premiere date has been set for the drama series which stars Max Vento, Lee Ingleby, Morven Christie, Vinette Robinson, Greg McHugh, Adam Wittek, Tommie Grabiec, Molly Wright, Pooky Quesnel, and Christopher Eccleston. The show follows a boy and his family as they deal with his diagnosis of autism.

SundanceTV revealed more about the return of the series in a press release.

“The A Word returns to the idyllic landscape of the Lake District and to the city of Manchester. In the two years since we left our family, everything has changed once more. Joe is ten, and living in two places at once, processing the seismic change in his life through the filter of his autism. His parents, Alison and Paul, are divorced and living 100 miles apart. His sister Rebecca has returned home from University with a secret that will change everything further. Only Joe’s granddad Maurice is holding it together, and if Maurice is the one holding it together you know you are in trouble.

Peter Bowker’s 6-part drama revisits the funny, messy, mixed-up lives of the extended Hughes and Scott family as they struggle to meet the challenges of parenthood, disability and separation and to hold the family together around the child who needs them all.

The A Word is a Fifty Fathoms and Keshet UK Production for SundanceTV and BBC One. It was commissioned and is executive produced for the BBC by Lucy Richer. Executive producers for Fifty Fathoms are Patrick Spence, Peter Bowker and Marcus Wilson and for Keshet are Howard Burch, Avi Nir and Keren Margalit. Clare Shepherd is producer and Fergus O’Brien is lead director.”

Season three of The A Word will arrive on Wednesday, November 4th. There will be six episodes once again.

What do you think? Are you a fan of The A Word? Will you watch the third season of the Sundance TV series in November?

Absolutely need Season 3!!!! I miss Joe and Morris to much!

Great I saw it was back in the UK. Sounds like most of the characters are still there.

I love this show. I’ve been waiting 2 years for it to return. Thank you.

Love th A word. Cant wait for it to return.