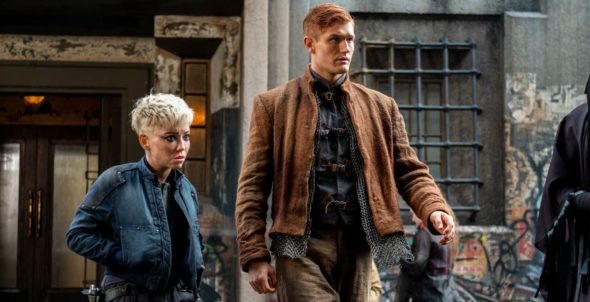 The Watch is (finally) coming to BBC America. The new fantasy comedy series is set to arrive in January 2021 and has been in development since 2011. Richard Dormer, Lara Rossi, Adam Hughill, Marama Corlett, and Jo Eaton-Kent star in this TV show which focuses on a group of misfits as they solve crimes in the fantasy-filled world they live in.

BBC America revealed more details about the plot of the series in a press release. Check that out below.

“In BBC AMERICA’s newest original series, The Watch, an unlikely group of misfits, The City Watch, find the guts to save the world, surprising even themselves in the process. The comedic yet thrilling series pits trolls, werewolves, wizards and other improbable heroes against an evil plot to resurrect a great dragon which would lead to the destruction of life as they know it.

From lead writer and executive producer Simon Allen, the modern and inclusive series is inspired by many of Sir Terry Pratchett’s famous “Discworld” creations including the captain of The City Watch Sam Vimes (Richard Dormer), the last scion of nobility Lady Sybil Ramkin (Lara Rossi), the naïve but heroic Carrot (Adam Hughill), the mysterious Angua (Marama Corlett) and the ingenious forensics expert Cheery (Jo Eaton-Kent) together with Pratchett’s iconic characterization of Death.”

An exact premiere date was not revealed. That will be released at a later date.

What do you think? Is The Watch on your watch list for next year? Are you a fan of shows on BBC America?