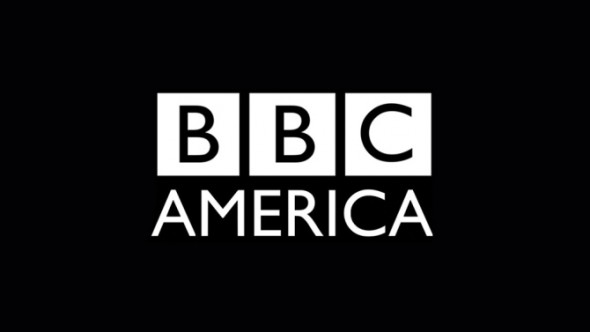 BBC America has found their leading star. The network just announced Richard Dormer will star in their new TV show, The Watch.

Based on the novels by Sir Terry Pratchett, the drama series “centers on a group of misfit cops as they rise up from decades of helplessness to save their corrupt city from catastrophe.”

On The Watch, Dormer will play “Sam Vimes, Captain of The Watch, disempowered by a broken society that’s reduced his department’s jurisdiction to almost nothing.” He joins fellow cast members Jo Eaton-Kent, Marama Corlette, Lara Rossi, and Sam Adewunmi.”

BBC America has not yet announced a premiere date, but you can read more info below:

Set in the fictional city of Ankh-Morpork, where crime has been legalized, The Watch is a uniquely anarchic drama. The series centers on a group of misfit cops as they rise up from decades of helplessness to save their corrupt city from catastrophe. The Watch is an inclusive genre-bending series inspired by the legendary ‘City Watch’ subset of Sir Terry Pratchett’s bestselling “Discworld” novels and its many iconic characters.

Richard Dormer stars as Sam Vimes, Captain of The Watch, disempowered by a broken society that’s reduced his department’s jurisdiction to almost nothing. Jo Eaton-Kent is Constable Cheery, the ingenious non-binary forensics expert, ostracized by their kin and finding a new home and identity. Adam Hugill plays Constable Carrot, the idealistic new recruit, raised by dwarfs, but really a human abandoned at birth. Marama Corlette is the mysterious Corporal Angua who is tasked with Carrot’s training and keeping the rookie alive. Lara Rossi plays the formidable Lady Sybil Ramkin, last scion of Ankh-Morpork’s nobility, who’s trying to fix the city’s wrongs with her chaotic vigilantism. Sam Adewunmi is the wounded and wronged Carcer Dun, out to hijack destiny itself, take control of the city and exact a terrible revenge on an unjust reality.

The Watch, comprised of eight episodes, begins filming in Cape Town, South Africa on September 30th and is part of BBC AMERICA’s 2020 slate that includes the Emmy(R)-nominated Killing Eve, Jodie Whittaker’s second season of Doctor Who and Seven Worlds, One Planet, presented by Sir David Attenborough.

Produced for BBC AMERICA by BBC Studios and Narrativia, the show’s lead writer is Simon Allen (The Musketeers). Joining Allen as writers on the series are Joy Wilkinson (Doctor Who), Catherine Tregenna (Torchwood), Amrou Al-Khadi (Little America) and Ed Hime (Skins). Craig Viveiros (Agatha Christie’s And Then There Were None) is set to direct.

Richard Dormer says: “I’m so thrilled to be part of this brilliant madness and mayhem! I was immediately drawn to the multitude of layers to Sam Vimes, and I find the dynamic between him and his band of disenfranchised comrades very compelling.”

AMC Network’s Entertainment Group & AMC Studios President Sarah Barnett says: “The Watch will be a very BBC America show. As with Killing Eve, we don’t go straight at an adaptation – we blur genres, undercut with humor, and hire the most genius writers and actors to create stories and characters that are both entertaining and very contemporary, that say something new. Richard Dormer will kill it as Sam Vines, not your everyday male anti-hero. Simon Allen and Rob Wilkins approach this adaptation with the kind of iconoclastic energy and open-hearted love that will truly honor the indelible legacy of Sir Terry.”

Director and executive producer, Craig Viveiros says: “The script for The Watch is like nothing I have ever read before. It’s anarchic, it’s noisy and raspy, and I am really looking forward to bringing it to life on screen. With such a talented line up of cast and crew together we can make something ground-breaking.”

Lead writer and executive producer, Simon Allen says: “Sir Terry Pratchett is in the bloodstream of popular culture. He has a distinctly British kind of literary heart and humor, but his ideas are defiantly human and universal. It’s been such a privilege to work with our world-class director, producers and writers on building a television show that honors his legacy while striking out on its own in his name and spirit. Like the man whose genius inspired it, The Watch is a hopeful show that believes it’s better to light a candle than curse the darkness. I can’t wait for everybody to see our joyously brilliant cast light candles and, of course, flamethrowers.”

What do you think? Are you a fan of Terry Pratchett? Will you watch The Watch?