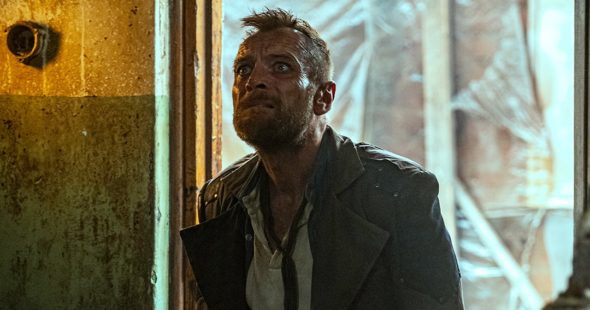 Can the misfits save the world? Has The Watch TV show been cancelled or renewed for a second season on BBC America? The television vulture is watching all the latest cancellation and renewal news, so this page is the place to track the status of The Watch, season two. Bookmark it, or subscribe for the latest updates. Remember, the television vulture is watching your shows. Are you?

Airing on the BBC America cable channel, The Watch is inspired by the Discworld novels by Sir Terry Pratchett. The cast includes Richard Dormer, Lara Rossi, Adam Hugill, Marama Corlett, Jo Eaton-Kent, Wendell Pierce, Samuel Adewunmi, Matt Berry, Anna Chancellor, and Bianca Simone Mannie, with James Fleet, Ralph Ineson, Hakeem Kae-Kazim, Paul Kaye, Ruth Madeley, and Ingrid Oliver. Set in the fictional Discworld’s principal city of Ankh-Morpork, the story follows an unlikely group of misfits called The City Watch. They are forced to find the courage to save the world and surprise even themselves in the process. The series pits trolls, werewolves, wizards, and other improbable heroes against an evil plot to resurrect a great dragon which would lead to the destruction of life as they know it. Characters include leader Sam Vimes (Dormer); the last scion of nobility, Lady Sybil Ramkin (Rossi); naïve but heroic Constable Carrot (Hugill); mysterious Corporal Angua (Corlett); ingenious forensics expert Constable Cheery (Eaton-Kent); and the voice of Death (Pierce).

The first season of The Watch averaged a 0.04 rating in the 18-49 demographic and 216,000 viewers. Find out how The Watch stacks up against other BBC America TV shows.

Will BBC America cancel or renew The Watch for season two? It’s difficult to know what BBCA and AMC Networks consider to be a success when it comes to viewership. However, given that this show is based on a series of books and they’re trying to build the newly launched AMC+ streaming service, I think that it will likely be renewed. I’ll update this page with breaking developments. Subscribe for free alerts on The Watch cancellation or renewal news.

What do you think? Do you hope The Watch TV show will be renewed for a second season? How would you feel if BBC America cancelled this TV series, instead?

hated the books but I love this show, I heard it was renewed which is thrilling

It was announced in April 2022 that the Watch was renewed. It’s set to premiere in February 2023.

There’s been no official announcement.

Hope they cancel this show. It’s a horrible misrepresentation of Terry Pratchett’s characters, world and the spirit of his books. The people that created this have no love of the material and no understanding of the original characters. Come on BBC and cancel this dog T**D

First of all GNUTerryPratchett and love to his wife and daughter. 7 years and the wound is still fresh. I’ll be so happy if the watch is cancelled. BBC Studios owes Pratchett so much more than this garbage. I see a second (and maybe a third) season of Good Omens as a… well as a Good Omen, that BBC Studios and Narrativia have healed some of the damaged done by the watch. I don’t care what BBC America or the AMC want, I would hope that BBC Studios has the sense to tell them to get stuffed. I do feel… Read more »

BBC America, bring back “The Watch” on your regular channel. I really enjoyed every aspect of the show.

It can neither be cancelled or renewed. The story is told. There is no more. End of the book.