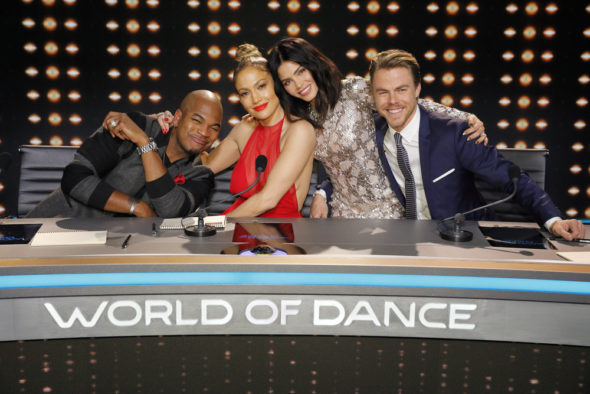 World of Dance is stepping back on stage soon. Recently, it was revealed filming for season two of the NBC TV show will begin in January.

NBC has not yet announced a premiere date for season two of World of Dance. However, tickets are now available for when filming begins in January.

What do you think? Did you see season one of World of Dance? Will you watch season two?

I was riveted every single week…! Looking forward to Season 2.. hope to see Season 1 winners Les Twins serve as coaches or guest judges.

I really didnt want to watch it thinking “ok, here we go. Someone is attempting to copy DWTS”. Boy was I wrong! My daughter talked me in to watching it. FANTASTIC is the only way to describe it. I was completely enthralled. I am looking forward to Season 2

Love, love, love this show!!! Love Derek Hough I’m sad he’s no longer on Dancing with the Stars, but I’m very glad he’s on this show..