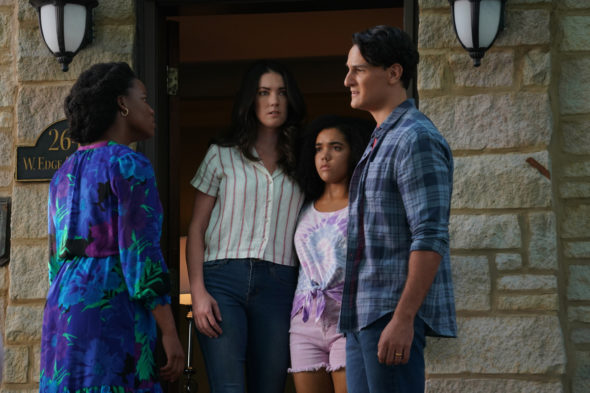 What mysteries will be solved in the first season of the 4400 TV show on The CW? As we all know, the Nielsen ratings typically play a big role in determining whether a TV show like 4400 is cancelled or renewed for season two. Unfortunately, most of us do not live in Nielsen households. Because many viewers feel frustrated when their viewing habits and opinions aren’t considered, we invite you to rate all of the first season episodes of 4400 here. *Status update below.

A CW science-fiction mystery drama series, the 4400 TV show is a reboot of The 4400 which ran for four seasons (2004-07). This version stars Brittany Adebumola, Joseph David-Jones, Ireon Roach, TL Thompson, Jaye Ladymore, Derrick A. King, Khailah Johnson, Cory Jeacoma, Amarr, and Autumn Best. Over the last century at least 4,400 people who were overlooked, undervalued, or otherwise marginalized vanished without a trace off the face of the planet. One night, they are all returned to a location in Detroit not having aged a day and with no memory of what happened to them. As the government races to understand the phenomenon, analyze the potential threat, and contain the story, empathetic social worker Jharrel Mateo (David-Jones) and hardened community corrections officer Keisha Taylor (Roach) are among the civil servants called upon to deal with the uncanny refugees. The new partners clash in ideology and approach, but gradually find they have more in common than they thought as they become familiar with those under their care. These unwilling time travelers, collectively dubbed the 4400, must grapple with their impossible new reality, the fact that they’ve been returned with a few “upgrades”, and the increasing likelihood that they were brought back now for a reason they’re only beginning to understand.

What do you think? Which season one episodes of the 4400 TV series do you rate as wonderful, terrible, or somewhere between? Do you think that 4400 should be cancelled or renewed for a second season on The CW? Don’t forget to vote, and share your thoughts, below.

The original 4400 was awesome. I have enjoyed rewatching it over the past 2 weeks. This remake…. AWFUL, worse than awful! The cast is decent but the script, lines, it’s a debacle. The story goes off in a dozen different directions and the story does not advance.

I’m liking the new take on the show so far. Hope it keeps getting better.

was excited for this until I saw watch epi 1. Nope cancel it.

1st episodes are almost always slow and kind of boring, introducing the characters, so even though i found it boring and uninteresting, ESPECIALLY the white agitated cop character, who didnt see that coming, ill give it 2-3 more episodes to see how it goes, but not looking good right now,dont thonk it will make it past 1 season.

It was ok. Will watch the next couple of episodes and see how it goes.

Went in cold to the 4400 (no idea what it was about) and came out looking for more! Its a keeper, for now.