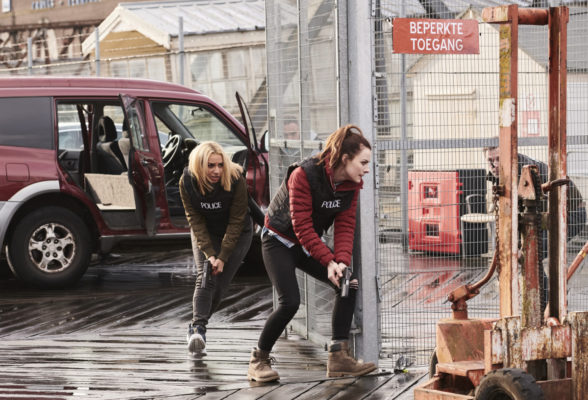 Will Bishop and Pike both survive the second season of the Bulletproof TV show on The CW? As we all know, the Nielsen ratings typically play a big role in determining whether a TV show like Bulletproof is cancelled or renewed for season three. Unfortunately, most of us do not live in Nielsen households. Because many viewers feel frustration when their viewing habits and opinions aren’t considered, we invite you to rate all of the second season episodes of Bulletproof here.  *Status Update Below.

A CW crime drama, Bulletproof stars Ashley Walters, Noel Clarke, Lindsey Coulson, Jason Maza, David Elliot, Olivia Chenery, Lucie Shorthouse, Lee Ross, Vanessa Vanderpuye, and Jodie Campbell. Unfolding in London, the series centers on Aaron “Bish” Bishop (Clarke) and Ronald “Ronnie” Pike Jr (Walters) who work as undercover police detectives. Although they are from vastly different backgrounds, these partners have a deep, brotherly bond which finds its foundation in their moral code. In season two, Bishop and Pike find themselves in a tense, heart-stopping game of ‘cat and mouse’ with a notorious and elusive crime family, whose connections spread far beyond the borders of London and the UK. Their chase for justice takes them from the streets of London to Amsterdam and Cyprus, where they risk everything to succeed.

What do you think? Which season two episodes of the Bulletproof TV series do you rate as wonderful, terrible, or somewhere between? Do you think that Bulletproof should be cancelled or renewed for a third season on The CW? Don’t forget to vote, and share your thoughts, below.