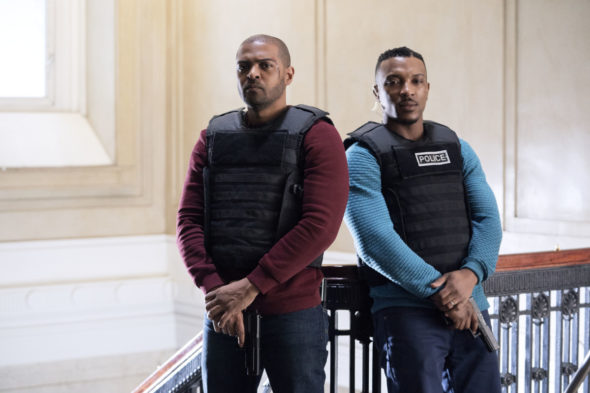 Are Bishop and Pike still on the job? Has the Bulletproof TV show been cancelled or renewed for a second season on The CW? The television vulture is watching all the latest cancellation and renewal news, so this page is the place to track the status of Bulletproof, season one. Bookmark it, or subscribe for the latest updates. Remember, the television vulture is watching your shows. Are you?

The first season of Bulletproof averaged a 0.14 rating in the 18-49 demographic and 599,000 viewers. Learn how Bulletproof stacks up against the other CW TV shows.

Will The CW cancel or renew Bulletproof for season two? The ratings aren’t very good but the series has already been renewed for a second season in the UK so, I think The CW will air it. I’ll update this page with breaking developments. Subscribe for free Bulletproof cancellation or renewal alerts.

4/2/20 update: Bulletproof has been renewed for a second season.

What do you think? Are you glad that the Bulletproof TV show has been renewed for a second season? How would you feel if The CW had cancelled this TV series, instead?

I really like the show very interesting and love the two black partners and their accent.. please keep the show on TV.

I loved Bulletproof and really hope it gets renewed for Season 2 here. I’ve been seeing all my British friends posting about how good Season 2 is for them on Sky TV. I want to be able to join with them in that.

I like it. I hope it is renewed in the US.

Renew. Fun and intelligent. Had no promotion. I found it reading a ‘shows you should watch’ email. I’m glad I did

I like the show. The show is well done.